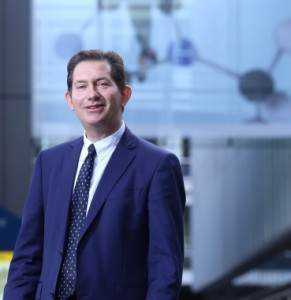 Ovarian cancer is often referred to as a ‘silent killer’, with around one hundred thousand women succumbing to the disease globally each year. Symptoms can be very vague, and the disease often spreads before the cancer can be found.

But there is new hope for early detection. The latest results from a clinical trial led by UNSW Vice-Chancellor, Prof. Ian Jacobs, in collaboration with University College London, have shown a novel new screening method can identify twice as many women with ovarian cancer as existing strategies.

The new screening programme allows researchers to better interpret the changing levels of a specific protein called CA125 (which has been linked to ovarian cancer) through a blood test, giving a highly accurate prediction of a woman’s individual risk.

“The sensitivity is very, very high – much higher than people thought would be possible,” said Professor Jacobs. The new method detected cancer in 86% of women with invasive epithelial ovarian cancer (iEOC).

Previous methods, which detected just 41%, would only raise concern once the concentration of this protein had passed a fixed threshold. The problem with this was that certain women with high levels didn’t actually have cancer, while others with levels below the threshold did.

Professor Jacobs says, “What’s normal for one woman may not be so for another. It is the change in levels of this protein that’s important.”

The trial involved over two-hundred thousand post-menopausal women aged 50 or over and was the largest of its kind to date in the world.

“My hope is that when the results of UK Collaborative Trial of Ovarian Cancer Screening are available, this approach will prove capable of detecting ovarian cancer early enough to save lives.”

Prof. Jacobs’ team are awaiting further test results later this year before the method has proved capable of detecting ovarian cancer early enough to save lives. If these results are positive, Prof. Jacobs says the method will likely be adopted in an annual screening program.

This article was originally published on UNSW Newsroom, to read the full article click here.