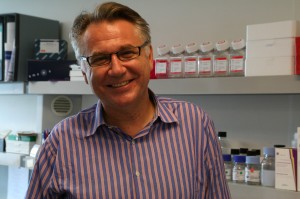 Australian clinical researchers have found that early detection may be possible for people who are genetically susceptible to pancreatic cancer.

Pancreatic cancer has been found to be a very slow growing disease in the early stages, taking between 10 and 20 years to develop. A very “broad window” therefore exists for intervention, provided certain genetic factors are detected early.

The Garvan Institute of Medical Research’s Dr Jeremy Humphris and Professor Andrew Biankin (Professor Biankin is also Regius Professor of Surgery at the University of Glasgow), analysed medical histories and tumour samples taken from 766 pancreatic cancer patients, operated on between 1994 and 2012. They found that roughly 9% of these patients had a first-degree relative (parent or sibling) with pancreatic cancer.

These genetic factors, as well as the knowledge that the greatest known risk factors are cigarette smoking, diabetes, obesity and, to a lesser extent, alcohol consumption should make it possible for scientists and GPs to identify novel susceptibility genes, and at the same time design risk management and screening programs for the genetically susceptible group.

“Our findings suggest that when we’re assessing someone, it’s important to understand the family history – not just of pancreatic cancer, but other malignancies too,” said Dr Humphris.

“Smoking led to a much earlier onset of disease, so obviously you would counsel against smoking, especially in those who are genetically susceptible.”

Pancreatic cancer is a lethal disease with a 5-year survival rate of less than 5%. This very low survival rate is generally due to the fact that diagnosis comes only after the disease is advanced or has spread – making a case for early detection methods.

Professor Biankin said “a better understanding of the clinical features of genetically at-risk individuals will help us identify susceptibility genes as well as those who might benefit from genetic counselling and screening for detection of early disease”.[/vc_column_text][/vc_column][/vc_row] 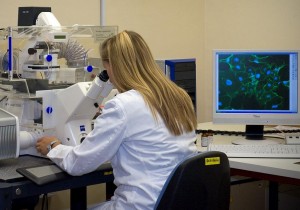 Cancer researchers at Sydney’s Garvan Institute of Medical Research have discovered two ‘biomarkers’ which can indicate the likelihood of patient survival after pancreatic cancer surgery.

Lead investigator of the research, Professor Andrew Biankin, has acknowledged the significant financial contribution of ACRF to the work of his team for this and other cancer research at the Garvan. ACRF has awarded $6.1 million in grants since 2004 to the Garvan Institute.