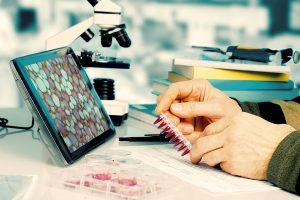 The ACRF Blood Cancer Therapeutics Centre, based at The Alfred, will be home to the latest technology available in blood cancer research and will enable researchers to dramatically improve outcomes for patients with blood cancer.

Each year, 11,500 Australians are diagnosed with blood cancer, including leukaemia, lymphoma and myeloma. Sadly, these debilitating diseases – which account for one in 10 cancers diagnosed nationally – claim 4000 lives every year.

Dr Andrew Wei, haematologist at The Alfred and Monash University, said the new centre will enable researchers to find out more about these cancers – including why some treatments work for some people and others don’t – and develop new ways to treat them.

“Many of our patients with various forms of blood cancer have had great success in clinical trials, which use new and unique drug combinations,” Dr Wei said.

“Utilising the most up to date technology available, this new centre will enable us to discover more effective therapies, track patient treatment responses up to 1000 times more closely, and improve therapies to get better outcomes overall for patients.

“Blood cancers are relatively neglected when it comes to research. Thanks to this grant, Monash University and The Alfred will be at the forefront of blood cancer research – it is the only way we can improve outcomes for people diagnosed with blood cancer.”

Mary McKenzie is one such patient who owes her life to the clinical trials that will now be available to more people through the new centre. Five years ago Mary was diagnosed with acute myeloid leukaemia and after several treatments failed, took part in a drug trial at the Alfred.

“My chances of survival were really low, but here I am now five years later and I’m better than I’ve been in years. The trial saved me,” she said.

“Having the opportunity to go on the trial gave me hope there was still something they could do. This opportunity should be available to everybody.”

The flagship centre will collect samples from across the country. It is one of only four projects nationally to receive an ACRF grant this year. 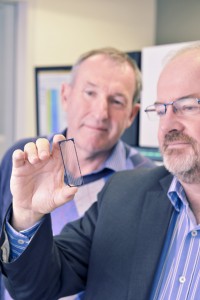 Researchers at the Peter MacCallum Cancer Centre in Melbourne are pioneering the development of a new combination drug therapy to treat advanced blood cancers.

The new therapy builds on a world-first clinical trial already underway at Peter Mac, which uses the drug CX-5461 to treat patients with incurable blood cancers such as myeloma, lymphoma and leukaemia.

The new discovery, published in the journal Cancer Discovery, has shown promising results to date. The research team has found that CX-5461 could be even more effective when used in combination with another drug, Everolimus, already used to treat other cancers. The new combination has shown doubled survival times in pre-clinical laboratory models.

According to Professor Rick Pearson, Head of Peter Mac’s Cancer Signalling Laboratory, the research findings significantly enhance understanding of pre-emptive strategies to kill off cancer cells before they have the chance to become resistant to therapy.

“We know that all cells rely on ribosomes (protein builders of the cell Ed.) which act like a factory producing the proteins essential for their growth and survival,” said Professor Pearson.

“Peter Mac researchers have previously shown that certain blood cancers are far more reliant on these proteins than normal cells and that eliminating the protein production capability of ribosomes leads to the rapid death of cancer cells while normal cells stay viable.”

“This novel therapy works to inhibit the ribosomes’ protein production capability, effectively starving the cancer cells of a key ingredient they need to survive and proliferate.”

“A further study in collaboration with scientists at Monash University shows striking effects in the targeting of late stage prostate cancer through a similar strategy indicating that this approach may be generally applicable for a range of cancer types.”

“The prevalence and poor prognosis for people with advanced blood cancers demand the ongoing and intricate study of abnormal cell behaviour, which has been an indicator of cancer for over 100 years. To date, 15 patients have been treated on the first-in-human clinical study with a number of patients experiencing prolonged benefit.”

More than 12,000 Australians are diagnosed with blood cancer annually (approximately 10% of all cancers) and around 4,000 Australians will lose their lives to the disease each year.

The news was originally published on Peter Mac’s website.