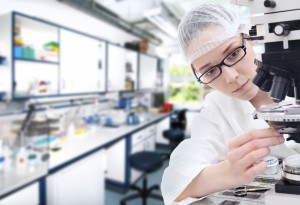 Around 12,500 Australians are diagnosed each year with malignant melanoma and it is responsible for over 1,500 deaths. It is a notoriously difficult cancer to treat, due to the number of mutations that make the cancerous cells difficult to target.

Errors in the ‘BRAF’ gene have been identified as among the most prominent mutations, and two drugs that target ‘BRAF’ (vemurafenib and dabrafenib) have been developed and approved for use in recent years.

However no targeted therapy exists for the 50% of melanoma patients whose tumors do not have this most prominent mutation. As a result, developing a new drug that is effective across all mutations has become a focus in current cancer research.

Cancer scientists have found that when Anisina is partnered with existing drugs it helps destroy two key parts of the cancer cell’s skeleton, resulting in a 20-fold increase in the anti-cancer effect of the other drugs. This benefits all melanoma patients fighting cancer as the new drug targets melanoma cells regardless of their mutational status.

Dr. Haass said, “These findings from the preliminary screen with Anisina are exciting. Finding a compound that is equally effective against a wide panel of melanoma cell types irrespective of the genetic background has been a long-held goal.”

Justine Stehn PhD, Novogen Anti-Tropomyosin Program Director, said, ” The idea that we now have a means of making melanoma cells respond to potent anticancer drugs is an exciting development for patients with melanoma.”

Plans are now underway to bring Anisine into the clinic by early 2016.

The ACRF is proud to have provided $6.2 million to support the work of UQDI’s world-class researchers in recent years.

This information was originally published by Novogen website and can be found here.