Nigel will bare his chest for ACRF 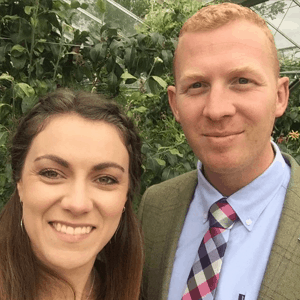 I’m a huge believer in the phrase “no pain, no gain”! Given this, and with some encouragement from my wife and friends, I have agreed to have my chest waxed to raise funds for cancer research in memory of my Mum.

In April 2016, my Mum passed away back home in Northern Ireland as the result of a short illness from bowel cancer. My brother who is also in Northern Ireland recently organised a whisky tasting event to collect donations for Marie Curie, which is one of the organisations that assisted with Mum’s care. He was successful in raising almost $7,000 so I took inspiration from that and decided to do something in Perth, where I work as an environmental advisor. Because the Marie Curie charity isn’t set up in Australia, I chose to support ACRF for their commitment to funding cancer research.

Unfortunately, my family has been hit a few times by the devastating effects of cancer so it doesn’t take any other incentive for me to back cancer research. I also feel that it’s important to champion the research discoveries made with any type of cancer. It is a powerful motivator and people sometimes need a bit of hope, inspiration and confidence to help financially support this vital work.

I am pretty certain Mum wouldn’t be in favour of the whole chest waxing malarkey which will happen on what would have been her 67th birthday – 2 December. Yet again, she might approve on this occasion as the funds raised are going to an organisation that is striving to end this horrible disease.