Fast facts about the most common men’s cancers in Australia 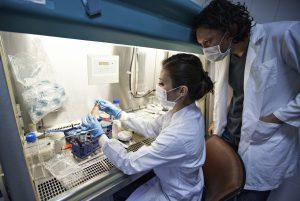 Today is the last day of September, a month where we focus on the impact that cancer has on Australian men, their families and friends. To raise awareness of the most common cancers affecting Australian men, we’ve compiled a few interesting statistics:

These aren’t the only cancers affecting Australian men, just a few of over 200. Right now, one in two men will be diagnosed with cancer before the age 85 — you can change this.

When you donate to the Australian Cancer Research Foundation (ACRF), you are providing critical support, which provides world-class scientists with equipment to pursue their research initiatives. We award grants to projects with the power to improve prevention, detection and treatment of all types of cancer.

Together we can make these statistics history and outsmart cancer for good.