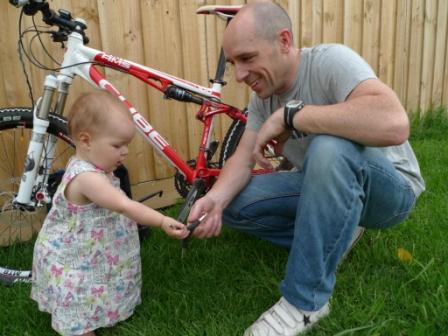 Tony Barrett‘s life has been touched by cancer in many ways, and he decided to compete in the Otway Odyssey Mountain Bike Marathon and raise funds for cancer research. He chose to support both the Australian Cancer Research Foundation and Cancer Research UK for friends and family across both countries to contribute towards a cure for cancer.

Tony’s mother was battling a rare form of cancer and a few weeks before the race she fell quite ill. Tony returned to the UK to be with his mother and subsequently missed the race. Sadly his mother passed away at the end of February, and inspired to honour her and honour the generous sponsorship he had already received from family and friends to compete in the race, Tony chose to ride his own 100km ride and film it to show all his supporters!

The foundation extends our sympathies to Tony and his family on the passing of his mother, and also a huge thank you for the funds raised and your commitment to following through with the ride even at this difficult time! And what an impressive achievement!