Who is The One? 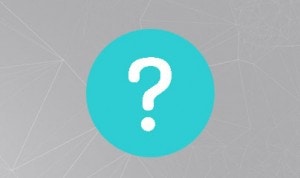 Next week on February 4, people around the world will be getting involved in World Cancer Day, joining forces to show that cancer, its treatments and its cures are not beyond us.

A cancer free future is within our reach and we as a global community have the power to achieve this.

Fittingly, World Cancer Day’s 2015 tagline also ties in with some extremely exciting events happening at the ACRF. Next week is set to be a very momentous one.

Over many months, an incredible team of people – digital agencies, media outlets, Australian cancer researchers, and more – have been busily supporting the ACRF to produce a truly inspiring and original campaign.

It’s a campaign we hope will create a new movement towards increased support for cancer research.

While we can’t say too much to spoil the surprise, our campaign uses the latest in digital and social technology to give you – our supporters – a unique interactive experience.

We want to show you just how important you are in this fight against cancer.

The new campaign will feature alongside a series of websites that the ACRF has been developing in collaboration with Australian scientists, research centres, other not-for-profits, and like-minded organisations.

This community-based initiative is the next step towards putting an end to cancer. Its focus is to generate more awareness and funding for cancer research and we are so excited to get our supporters involved.

We look forward to staying in touch with you on new developments and for those on social, be sure to follow #WhoIsTheOne . Thank you for your ongoing and loyal support for cancer research.

Campaign supporters (what an amazing list of super generous organisations!):