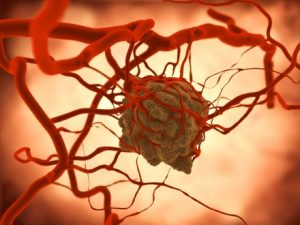 A $2.5M grant from Australian Cancer Research Foundation (ACRF) is being awarded to The Centenary Institute today to establish the new ACRF Tumour Metabolism Laboratory.

The grant is a continuation of support to help researchers better understand the way cancer cells metabolise dietary nutrients and provide critical information to the development of new cancer diagnostics and therapies.

Researchers will be focused on three fundamental and interlinked areas: nutrient uptake into tumours, sugar metabolism and fat metabolism. From this, they hope to ‘outsmart’ the cancer cells that have evolved to the point where other forms of treatment have become ineffective.

“For years cancer researchers have focused on identifying specific changes in a patient’s genes which have been associated with cancer formation and growth, and developing therapeutics to target these changes. While this information is still vital, it is becoming clear that many cancer cells are skilful at bypassing specific genetic changes and this makes many targeted therapies only briefly effective,” says Professor Philip Hogg, Head of the ACRF–Centenary Cancer Research Centre.

This reality has led to a renewed focus on a fundamental property of cancer cells that was identified some time ago: their irregular metabolism of dietary nutrients.
“Technological advances and insights into how cancer develops have unleashed new opportunities for researchers to pioneer alternative approaches to treating cancer. This project is a shining example of ACRF’s support of projects exploring new ways to beat cancer. We’re excited at the potential it holds,” says Professor Ian Brown, CEO Australian Cancer Research Foundation.

“The chief drivers of cancer, whether genetic or inflammatory, operate through altered metabolism. This research has the potential of developing therapeutics applicable to a wide range of tumours”, says Professor Mathew Vadas AO, Executive Director of the Centenary Institute.

In addition to funding from ACRF, the Cancer Institute NSW has committed to supporting Centenary Institute by providing funding for the scientists that will carry out the research.

Chief Cancer Officer and CEO of the Cancer Institute NSW, Professor David Currow, said, “The ACRF Tumour Metabolism Laboratory provides an opportunity to gain important new knowledge of changes at the molecular level of tumours. The Cancer Institute NSW is proud to be partnering with the Australian Cancer Research Foundation in this exciting new initiative. By supporting researchers working in the lab, we hope to accelerate these important discoveries.”

Research at the ACRF Tumour Metabolism Laboratory will focus on the role of nutrient metabolism particularly in endometrial, brain and triple-negative breast tumours. These cancers are among the most difficult to treat of all cancers.

Triple-negative breast cancer (TNBC) is an aggressive form of cancer that accounts for 10-15% of all breast cancer cases. TNBC lacks a targeted therapy, has an increased rate of recurrence, and a lower 5-year survival rate compared to other breast cancer subtypes.