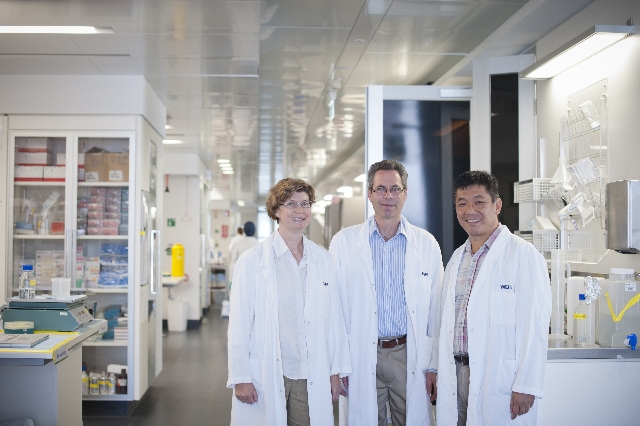 More than two decades of research at the Walter and Eliza Hall institute (WEHI) in Melbourne has culminated in a potentially life-saving discovery for women with the most common form of breast cancer.

In the late 1980s scientists at the WEHI identified a “pro-survival” protein called BCL-2 that helps cancer cells to become immortal and resist treatments such as chemotherapy. This work has contributed to the development of a compound which neutralises this vital cancer protein, and it is now in clinical trials to treat some types of leukaemia.

But latest news from the WEHI is that this compound has even more potential.

In 85% of women with oestrogen receptor-positive (or ER-positive) breast cancer, researchers have found very high levels of the very same BCL-2 protein.

Using the world-class facilities made possible through ACRF funding they were able to trial this ant-cancer compound in pre-clinical ER-positive breast cancer models, and found that it was successful when combined with an existing breast cancer drug, Tamoxifen.

“We were able to rapidly speed up this investigation through the advanced technologies and resources provided by the Australian Cancer Research Foundation,” said Professor Geoff Lindeman, who co-led the study.

“Using these world-class facilities, we were able to test the enhancements to hormone therapy (tamoxifen), with the compound helping to stop or delay aggressive tumour growth.

Professor Jane Visvader explained that the ER-positive breast cancers are the most common type of breast cancer, so even a small improvement could have a substantial impact if more effective upfront treatment could prevent relapse.

“It is very early days, however,” she said, “and the findings will need to be rigorously tested in clinical studies.”