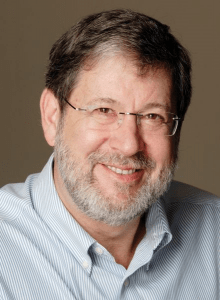 The Australian Cancer Research Foundation would like to congratulate Professor John Mattick, Executive Director of the Garvan Institute of Medical Research in Sydney.

Professor Mattick has become the first Australian honoured with the esteemed Chen Award, an accolade awarded by the Human Genome Organisation to recognise academic achievement in human genetic and genomic research.

Professor Mattick is being commended for his pursuit of a then-radical theory regarding Human DNA. He has been described by the Award Reviewing Committee as a “true visionary in his field.”

Ever since DNA was found to be a double helix, scientists had believed that most genes comprised the written instructions for proteins, which were in turn the building blocks of all body processes.

Professor Mattick however, argued that the assumption was true for bacteria, but not for complex organisms like humans.

“It turns out that only a tiny fraction – around 1.5% – of the human genome encodes proteins. Put simply, the rest of it was condemned as junk – because people knew, or thought they knew, that genes only made proteins, and so these vast tracts of non-coding DNA that didn’t make proteins made no sense,” Professor Mattick explains.

He discovered that the non-protein-coding sections of DNA had a function: to produce RNA that is essential to the organisation of DNA and gene expression during development – a massive hidden layer of information which directs cell division and differentiation to form the myriad of tissues in our body.  He also believes that it is the basis of the brain’s plasticity and learning.

The Australian Cancer Research Foundation (ACRF) is proud to have supported, through significant funding, world-class cancer research at two of the research centres led by Professor Mattick (the Institute of Molecular Biosciences, Brisbane and now, the Garvan Institute of Medical Research, Sydney.)