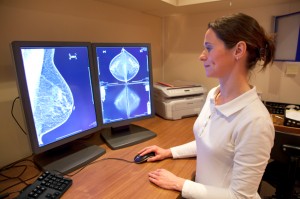 Cancer researchers in the UK have linked an overactive gene to a particularly aggressive type of breast cancer called “triple negative” breast cancer.

The team, from the Wellcome Trust Sanger Institute and the University of Cambridge, identified the gene called BCL11A as especially active in triple negative breast cancer, raising hope for those affected by this cancer type.

Prognosis for triple negative cancers is generally poorer than for other forms as there is limited knowledge of the distinct genetic properties of the disease, making the development of new treatments difficult.

Generally, therapies used in treating other breast cancer types, like tamoxifen, do not work on this type of cancer because triple negative tumour cells lack three of the different ‘receptor’ molecules that are targeted by the treatments.

Most triple-negative breast cancer tumours are of a genetic type called ‘basal-like’. BCL11A was found to be overactive in tumour samples from around eight in 10 patients with the ‘basal-like’ disease.

Dr Pentao Liu, senior author on the study, said BCL11A activity stood out as being particularly active in samples from triple negative cancers.

This discovery builds on researchers’ work to develop a broader understanding of breast cancer which will inform clinical decisions, treatment choices and finding new therapies.