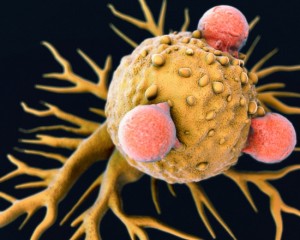 Cancer researchers at grant recipient, Walter and Eliza Hall Institute (WEHI) in Melbourne have worked out how a new class of anticancer drugs kill cancer cells. The finding also helps explain how cancer cells may become resistant to treatment.

BET inhibitors reduce tumour growth by blocking BET proteins, a family of proteins that control whether genes are switched on or off.

Although it has been known that BET inhibitors are effective at halting tumour growth, it has been unclear whether the drugs kill cancer cells outright.

The research team found that when tumours are treated with drugs, some resistant cancer cells can survive and continue to grow, leading to disease relapse. In the process, they identified potential ways in which cancer cells may develop resistance to BET inhibitors.

The experiments revealed that BET inhibitors principally act to kill cancer cells through the process of programmed cell death (apoptosis). For BET inhibitors to successfully kill lymphoma and myeloid leukaemia cells the presence of a protein called BIM, which brings on apoptosis, was critical.

“We found that when apoptosis was impaired, for instance by the loss of BIM, the BET inhibitors were no longer effective,” Dr Xu said.

“This suggests that cancer cells that acquire mutations in genes that drive apoptosis will lose sensitivity to BET inhibitors and thus will be able to survive treatment, leading to disease relapse.”

“Understanding how the drugs work gives us the opportunity to investigate new treatments, for example by using combination therapies, or altering the dosage and timing of treatment to prevent drug resistance from emerging,” Dr Glaser said.