Proudly supporting the Australian Cancer Research Foundation (ACRF), Dee is contributing 10% of her album sales to the Foundation to continue funding vital cancer research across Australia.

Leaving behind a dream job on Fraser Island to battle breast cancer, Dee found solace in her music and began composing and recording songs for her album, ‘Genetic’, during cancer treatments in 2007 and 2008.

Dee says that although music has given her focus and optimism during her battle, the album does also reflect the realities of cancer.

“It’s gritty and realistic and (I hope) confronting,” says Dee.

“My mum had battled with breast cancer for many years before losing her life. Just a week after my diagnosis, my younger sister also found out that she had it, closely followed by my cousin.”

Although Dee began composing songs for ‘Genetic’ in 2007, the album has only recently been released following a series of setbacks due to ill health.

Since the official release of the album in June, Dee and her entourage have been busy with local appearances, recently sharing her music at the Ormeau Fair in Queensland attracting over 10,000 visitors. 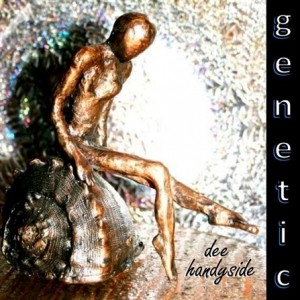 Dee has also been promoting ‘Genetic’ along with other CDs ‘Now Hear This’ and ‘Hello World’, performed with band ReturnNorth.

Thank you so much Dee and warmest thanks also to all your supporters in this musical journey for cancer research.

Read about Dee & Genetic in the Gympie Times.