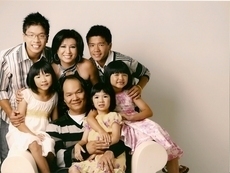 Fred Pham is an ACRF supporter. He has terminal cancer. And he is a winner!

The Foundation is more than pleased to announce that Mr Pham has taken first place as thetop individual fundraiser for the 2010 City2Surf.

As a participant in Australia’s biggest fun run, Mr Pham raised an amazing $30,000 for cancer research, and was then rewarded with an additional $10,000 donation by race organisers, the SunHerald.The school teacher and father of five participated in the City2Surf to raise awareness of cancer and highlight the importance of supporting research into its causes and cure.

It took more than five hours for Mr Pham, accompanied by his two sons, to walk the challenging 14 kilometre course from Sydney’s central business hub to Bondi beach.

Before the race Fred Pham was unsure, given his deteriorating health, he could finish it.

“When I reached the finish line I kneeled down and kissed the ground,” he said.

Missing out on entering the race last year, Mr Pham said he was adamant about joining the event this time around. And the community rallied behind him.

Past students helped Mr Pham raise more than $1000 by organising a dinner on the eve of the City2Surf, pushing him into first place. 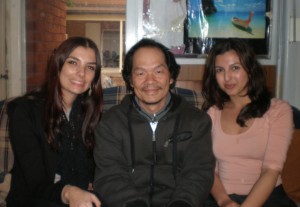 Since creating a City2Surf Everyday Hero Fundraising webpage Mr Pham has captured not only the community’s imagination but also their words of encouragement and gratitude, and willingness to donate to cancer research.

“Some people are not writing their name with their donation so I can’t contact them to give my thanks, but I am sure they know how grateful I am,” Mr Pham said.

Mr Pham arrived in Australia more than 30 years ago; from Vietnam. He said he’s always looked for ways of giving back to the country he believes has given him so much.

Diagnosed with advance soft tissue sarcoma in 2008, Mr Pham had two major surgeries, radiation therapy, and three different types of chemotherapy before he was told he had only months to live.

“I was so sick at one point, I couldn’t eat or drink for seven or eight days,” he said, referring to his health in November 2009.

Despite this Mr Pham says he was determined to keep fighting, recently flying to Melbourne to seek help from a visiting Vietnamese spiritual leader.

“I really wanted to see him since it was the first time he was coming to Australia, and I just decided I had to go,” he said.

Mr Pham believes this meeting helped him to pull out of his darkest moment.

Those who meet him appreciated Mr Pham’s caring and selfless nature. He attributes these qualities to his mother, who sadly passed away only days before the 2010 City2Surf.

In the coming weeks Mr Pham will continue his fundraising effort. He’ll be contacting big businesses for further support for cancer research and he’ll also hold a thank you BBQ at Fairfield High School –where he taught – for all his supporters.

The Australian Cancer Research Foundation thanks Fred very much for his wonderful support and offers him our very best wishes. A very warm thank you also goes to the Pham Family, the Fairfield High School Community, and all who have supported Fred’s Walk of Life.