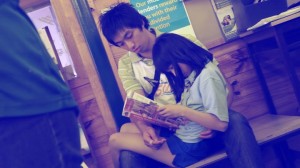 Fred Pham 500 supporters are showing no sign of slowing down since the group’s inception in September 2010, recently rolling out their latest initiative Schools Against Cancer.

Both on and off the running track, the Fred Pham 500 team is continuing the legacy of the inspirational Fred Pham, who recently lost his battle with cancer, and helping the Australian Cancer Research Foundation (ACRF) raise much needed funds for cancer research.

is an initiative inspired by the legacy of the late Fred Pham and his fight to raise $100,000 for the ACRF. Organisers are urging education providers across Australia to enrol their schools and hold an event to increase awareness and raise funds for cancer treatments and cures.

Thanks to dedicated staff, teachers, and students, numerous events are already being held across Australia for the Schools Against Cancer initiative. ACRF especially thanks Fairfield High School, Sydney Boys High School, and Cabramatta High School for their fantastic achievements with their recent events:

Despite working tirelessly for the Schools Against Cancer project, the wonderful team at Fred Pham 500 has also rallied massive support at major running events across the country, and continue to raise toward their fundraising target of $100,000 for our Foundation. 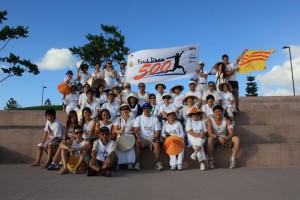 Check out some of the event highlights below:

Their most recent event, The Fred Pham 500 Charity Lunch held on 21 November in Melbourne, was attended by 300 supporters who collectively donated more than $10,000 on the day. ACRF’s Gilbert Lorquet joined members of the Sydney and Melbourne Vietnamese communities in honour of Fred Pham and to raise awareness of cancer research. Thank you to the wonderful Fred Pham 500 team & their supporters for another successful event!