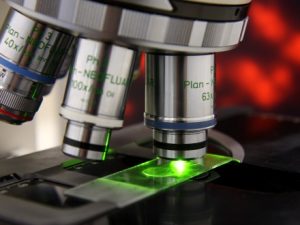 When it comes to delivering drugs, nanoparticles shaped like rods and worms are the best. For the first time, new research has identified how shape affects nanoparticles’ ability to move through intracellular barriers.

Chemists, engineers and medical researchers from University of NSW (UNSW), and the ARC Centres of Excellence in Advanced Molecular Imaging and in Convergent Bio-Nano Science and Technology at Monash University set to find out answers to two long-standing questions: how does nanoparticle shape affect the voyage through the cell and how could this information be used to design better treatment delivery?

The research team applied a new microscopy method, which allowed them to track the movement of differently shaped nanoparticles through a single cultured cancer cell. The new method produces a very high temporal and spatial resolution, allowing researchers to pinpoint where drugs were being released, and how they spread throughout the cell.

They found that the cancer drug, doxorubicin, was most effective when it could breach the strong yet porous cellular barrier protecting the nucleus – the cell’s control centre. Importantly, they discovered that a nanoparticle’s shape influenced how well the drug breached the barrier.

“We were able to show for the first time that nanoparticles shaped like rods and worms were more effective than spherical nanoparticles at traversing intracellular barriers and this enabled them to get all the way into the nucleus of the cell,” said lead author, Dr Elizabeth Hinde at UNSW.

Rod, worm or a sphere?

Polymeric nanoparticles can carry drugs to help attack and kill cancer cells, selectively deliver drugs just to where they are needed, and will play a vital role in the future of medicine.
UNSW engineers fabricated four types of nanoparticle: one shaped like a rod, one like a worm, and two that were spherical in shape. These were labelled with fluorescent tags and incubated in cancer cells. By combining a novel fluorescence microscopy approach with some statistical analysis, the team was able to create a clear picture of how each particle passed through the cell.

While the spherical particles got blocked by the nuclear envelope, the rod and worm-shaped particles were able to pass through. This provides a pathway for the development of particles that can selectively target and kill cancer cells, without hurting healthy ones.

“Cancer cells have different internal architecture than healthy cells. If we can fine-tune the dimensions of these rod-shaped nanoparticles, so they only pass through the cellular barriers in cancer cells and not healthy ones, we can reduce some of the side effects of chemotherapies,” explained Dr Hinde, an Associate Investigator at the Imaging Centre of Excellence.

The study was recently published in the journal Nature Nanotechnology.

The original news post was published on the ARC Centre of Excellence in Advanced Molecular Imaging website.