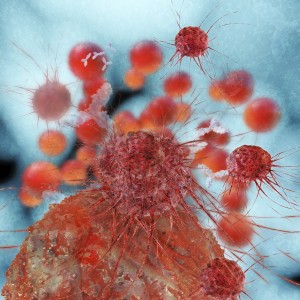 Researchers at the ACRF funded MIMR-PHI Institute of Medical Research have discovered a specific protein that may hold the key to controlling cancer-causing inflammation.

“Inflammation is a normal reaction to injury or exposure to an infectious agent — a little bit is good, but a lot is very bad,” says Professor Williams the institute’s director and one of the paper’s lead authors.

Cancer scientists have learned that a particular protein, called PLZF, plays a critical role in balancing the body’s inflammation response, and that when it is absent, our bodies have an exaggerated reaction to infections.

According to Professor Williams, the drugs presently being used to control inflammation are often imprecise and either have significant side effects or work only in a select group of patients. So once this protein was identified, cancer scientists at MIMR-PHI investigated PLZF further, to map its pathway and learn exactly how it is able to limit inflammation.

“By understanding the details of the regulatory processes that limit inflammation, we can begin to design more targeted therapeutic approaches,” says Williams.

Now that the pathways have been mapped, researchers are taking the next step in identifying ways to use this protein to increase the precision of treatments and control inflammation.

“Because this research focuses on inflammation, our results will not only inform the application of immune therapy, a new treatment showing promise for cancer, but also provide targets for tackling other inflammatory conditions, such as diabetes and heart disease,” says Williams.

The next generation sequencing technology used in this research was funded by ACRF supporters.