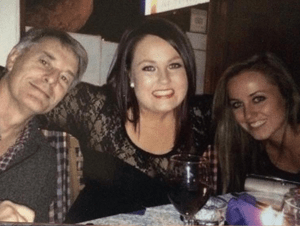 “On April 8 I lost my dad to cancer. Just a month before, I watched as he walked up the hospital hallway by himself, achieving a goal he had been working towards with his physio team since his last surgery. It seemed impossible to most of us but he was always determined to get better.

My dad lived with cancer for 13 years. There were many years where we thought to ourselves, ‘This is it. This is the last Father’s Day, this is the last Christmas’ but he always made it through.

He had been fortunate that he qualified for many different medical trials throughout his illness. Every medication that came around, he would give it a go – no matter what. It was always something new, like a magic trick the researchers would pull out of a hat to give him more time.

I am so thankful for cancer researchers. Their dedication to progress provided some of the newer treatments that not only gave him more time but improved his quality of life.

This meant so much to him because it let him keep doing the things he loved, like travelling and spending time with his family. He was also able to keep working for the Fire Brigade. Everyone who knew my dad knew about his passion for his career, I feel like it was one of the things that kept him going.

Following in his father’s footsteps, he first began as a volunteer firefighter and worked hard to earn a full time position as a fire investigator. He worked right up until the very end. 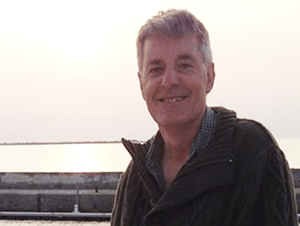 He was such a fighter, not just as a fireman but in the way he refused to give up.

Dad endured many different cancers over the last 13 years, including bowel, lung and bone. But it was brain cancer that took him in the end. I feel it was the worst for him to go through.

My mum and I were playing all his favourite songs on his last day, dancing around his bed like mad women, he would have loved it. They say that hearing is the last thing to go, so I just know this would have made him happy.

My dad always liked to make sure he thanked people when they helped him. So I wanted to thank cancer researchers on his behalf.

I began supporting Australian Cancer Research Foundation to give other families more time with their loved ones. I know that together we can help researchers improve cancer prevention, detection and treatments for patients.

It is my hope that one day cancer won’t be on anyone’s mind at Christmas.” – ACRF supporter, Jessica Broome