Blue September – thank you for getting blue for cancer in men

A great big blue thank you for Blue September 2010 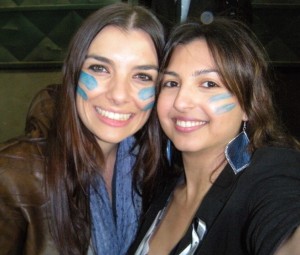 We are especially grateful for the support from all our fabulous fundraisers who organised numerous events across Australia at their workplace, at school, and in their communities.

Ranging from blue morning teas and blue dress days, to blue BBQs and blue footy matches, our supporters were a driving force in promoting the health of the men in our lives throughout September.

Thank you also to all the Blue September corporate partners and ambassadors for their tremendous support and for making a vital contribution to the fight against cancer in men.

Blue September is a national awareness campaign promoting men’s health, encouraging prevention and early detection of the most common cancers in men, while raising funds for vital cancer research.

Warmest thanks goes to Bowel Cancer Australia (BCA), joint beneficiaries of Blue September 2010, and their supporters for dedicating a lot of hard work, time, and effort to the cause. We are so very proud to have partnered with this wonderful organisation to help Australia ‘Face up To Cancer in Men’.

A big thank you also goes out to Mike, Sarah, John and the team at MWC Media, who run the Blue September campaign. We greatly appreciated you choosing the Australian Cancer Research Foundation as a charity beneficiary, and partnering with us for this amazing campaign.

Finally we’d like to thank all the brothers, partners, uncles, fathers, grandfathers, and sons out there for paying particular attention to their health during Blue September 2010.

Together we have played a vital role in encouraging men to face up to cancer – and have had a lot of fun along the way, especially on Blue Friday and the Father’s Day weekend when our supporters unleashed their creativity with all things blue.

All money raised from the campaign will go toward vital cancer research, with 50% of the proceeds to ACRF and 50% to BCA.

So thank you all for a successful Blue September 2010! And we look forward to next year! 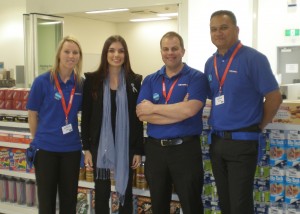