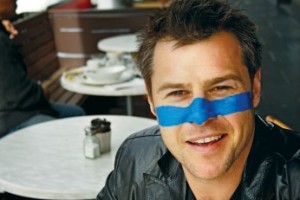 Blue September sees the Australian Cancer Research Foundation turning blue for a whole month to raise awareness for cancer in men. We’re asking everyone to please Get Blue and support BLUE SEPTEMBER.

Supporting the Australian Cancer Research Foundation and Bowel Cancer Australia, Blue September launches across the nation on 1st September, and it is about one thing: men facing up to cancer.

Why Blue? Its Simple – Blue is for boys!

There are lots of ways you can get involved and help prevent cancer in men – whether it’s by making a blue note donation, organising your own Blue September fundraising event or even celebrating this Father’s Day with a gift to cancer research.

And you don’t want to miss out on all the fun during Blue September’s biggest day on 3rd September – Blue Friday, the day we will be calling on ALL Australians to GET BLUE!

This September will be a time to focus on the men in our lives.

With your help we can increase awareness to help prevent some of the most common cancers affecting men, including lung cancer, prostate cancer, bowel cancer, pancreatic cancer, melanoma and testicular cancer. As well as accelerate the fight to find a cure for cancer through the support of cancer research.

Expect to see your neighbourhood turning blue as the 2010 Blue September television advertisements run throughout the month, and get ready for a super September of workplace and community fundraising events as colleagues, friends and family embrace all things blue!

Make a donation in support of Blue September. 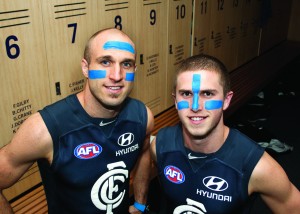