The Australian Cancer Research Foundation (ACRF) is paving the way for the next wave of cancer research with the announcement today of the biggest private grant ever of $5 million to help make cancer history.

The $5 million grant recipient will be decided by a panel of internationally recognised scientists, chaired by Professor Mathew Vadas and including Professor Sir David Lane. It will be awarded to an Australian researcher who provides the most compelling proposal for cancer research including potential cures for cancer, cancer prevention and the treatment of cancer patients.

“This is an exciting announcement for not only the scientific community but everybody who has been touched by cancer. The $5 million grant will be awarded to help fund what we hope will be a quantum leap in the field of cancer research. The ACRF grant will not exclude big picture, far-reaching proposals for seed funding if that’s what it’s going to take to move into the next wave of cancer research and innovations that matter. Anything is possible,” ACRF Chairman Tom Dery said. 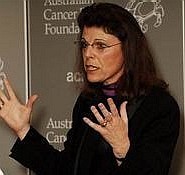 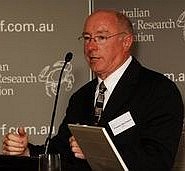 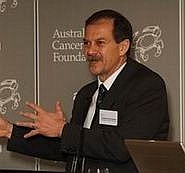 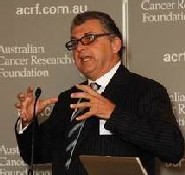 The next wave of cancer research projects may explore a number of promising areas. The proposals for the grant could cover everything from boosting the body’s immune system to fight cancer or the absolutely fundamental area of cancer prevention right through to potential cures for cancer.

Cancer research projects could include broad areas of investigation such as:

Although specialising in different areas, all three agreed that the biotech revolution, combined with the Human Genome project (which enables identification of individual variations in genes), has unleashed huge potential for the prevention and treatment of all types of cancers.

Research scientists now have the ability to observe and influence the behaviour of cancer cells, the blood cells of the immune system, proteins and bio-markers.

“We will be looking to attract outstanding projects in Australia that may not have been previously embraced by Australian researchers – perhaps projects that have been considered beyond our capacity, or too radical,” Mr Dery said.

The $5 million grant recipient will be announced in June next year.

For guidelines and criteria on the new $5million grant click here.