Advances in Queensland Cancer Research thanks to ACRF

The Australian Cancer Research Foundation (ACRF) continues to build on its 25-year legacy by funding the opening of a new $2.5 million world leading cancer-imaging facility in Queensland.

Since being established in 1984 by the late Sir Peter Abeles, the Australian Cancer Research Foundation has now funded more than $62 million in cutting edge cancer research with the power to change the world.

The new ‘ACRF Cancer Biology Imaging Facility’, part of The Institute for Molecular Bioscience located at The University of Queensland in Brisbane, is now the most advanced facility of its kind in the Southern Hemisphere.

The Governor of Queensland, Her Excellency Ms Penelope Wensley AO officially opened it on the morning of February 10.

The Facility will allow IMB researchers to unravel the molecular reasons why healthy cells turn into cancerous cells and spread through the body.

“Our sole focus is to provide these scientists with state-of-the-art facilities and technology capable of exploring new approaches to achieve better results for cancer patients in Australia and around the globe,” ACRF Chairman Tom Dery said. 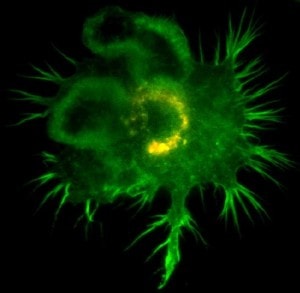 “The hallmark of top-quality science is to have a team of people with a huge variety of skills working on a problem. The most exciting thing about the work being done by the IMB team is that it brings together a stellar team of specialists with different perspectives who are really committed to making cancer breakthroughs.”

The ‘ACRF Cancer Biology Imaging Facility’ is an expansion of a $1.2 million facility at IMB funded by the ACRF in 2003. The new facility will add three advanced imaging microscopes to conduct fluorescence imaging, the fastest-growing area of cancer research.

“It is a moral tonic for researchers of the original facility as it signals they are producing a return on earlier investment.”

Discoveries made using the first facility include the origin of medulloblastomas, a type of often-fatal brain tumours, and the identification of a gene critical for the development of the lymphatic system, the route through which tumours spread. 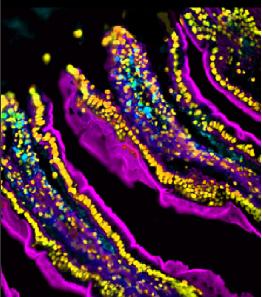 “The Institute for Molecular Bioscience team is an outstanding research team with a track record of high achievement in research,” ACRF Chief Executive David Brettell said.

“They have developed special expertise and a worldwide reputation for use of imaging, and I am confident that this grant will enable them to uncover important information that will further increase our understanding of cancer.”

Institute for Molecular Bioscience scientists investigate the basis of growth and development at the genetic, molecular, cellular and organ levels. Their discoveries have applications in a range of areas, from biomedicine to bioinformatics to biofuels.

Read more about this cutting edge facility & the research at IMB.