The Australian Cancer Research Foundation board and staff is delighted to announce our newest Life Members. Life Membership is the highest honour we can offer to express gratitude for our life-long supporters. 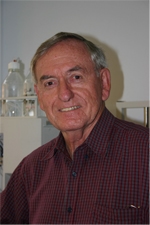 Professor Martin was appointed to the MRAC in 1997 and was Chairman of that committee in 2008.

Professor Martin trained and obtained his Bachelor of Medicine and Bachelor of Surgery at the University of Melbourne. He was appointed as the third director of St Vincent’s Institute in Melbourne in mid-1988.

Jack is held in the highest regard within the research community in Australia and internationally.

These past forty eight years, Professor Jack Martin’s research work has been prolific. During his tenure, ACRF witnessed a period of accelerated growth in cancer research and the birth of comprehensive cancer centres in Australia. Jack continues in research at St Vincent’s Institute. 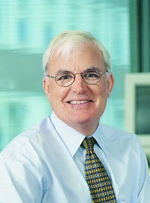 Professor Sutherland was nominated and appointed to the MRAC 1st June 1987 and resigned November 2007 – Twenty years of tireless service. The longest serving member of the MRAC.

Over the last 20 years Professor Sutherland has established one of Australia’s largest cancer research programs at the Garvan Institute. The output from this research includes more than 250 scientific publications and several patents covering new methods of detecting cancer and new treatment strategies.

His most recent discoveries have shown how estrogens stimulate breast cancer growth resulting in the identification of several new genes that are targets for potential new treatments and improved disease outcomes for patients with cancer.