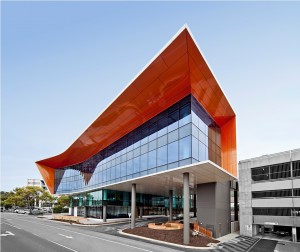 The coming week heralds the opening of three cutting-edge new cancer research facilities: one a national first; another, a world-class prevention unit; and the last, a specialist centre in bioinformatics.

These centres represent almost $8 million in ACRF funding – our donors should be so proud of this incredible outcome of their most generous support.

The potential for ground breaking discoveries within these laboratories is astounding and exciting.

Please find details about each cancer research program below.

To be officially opened Thursday September 27, 2012

Kinomics, a combination study of genomics (genes) and proteomics (proteins) is a new discipline in the field of cancer research. Until now, there has been no concentrated effort that focuses on understanding “kinases” – a class of proteins within our cells which play a major role in cell regulation. Most importantly, when the function of kinases is stopped or blocked, they have been implicated in human cancers.

The ACRF Centre for Kinomics, funded by a $3.1 million ACRF grant, will consist of two laboratories which facilitate the work of research teams from both CMRI and the University of Newcastle. Supported by some of the most cutting-edge technologies available, these teams will work to rapidly and accurately explore and classify therapeutically-relevant protein kinase targets. These kinases will then inform drug targeting and design, bringing new light to the search for individualised treatment options with fewer side-effects.

To be officially opened Tuesday October 2, 2012

As the saying goes, an ounce of prevention is worth a pound of the cure, so we are thrilled to have supported the development of this cutting-edge cancer prevention unit.

The program within the FCIC will focus on pre-cancer biology, such as the diagnosis of lesions and inherent genetic and biological defects. Broader capabilities include being able to then identify individuals and family groups that are at risk of developing cancers, enhancing the repair of genetic events, and regulating cell growth and progression by targeting genomic instability.

In fact, a team of researchers from the Cancer Prevention Unit have recently been able to develop a breakthrough blood test to screen for colorectal cancers. The test is based on new biomarkers for colorectal cancer that can be detected in blood, thus overcoming difficulties experienced with some other diagnostic methods.

The ACRF Cancer Genomics Facility at the Centre for Cancer Biology, Adelaide SA

Armed with new, state-of-the-art technologies thanks to a $3.5 million ACRF grant, researchers within the ACRF Cancer Genomics Facility will be able to more accurately and quickly generate vast quantities of data and optimally interpret it for cancer research outcomes.

The technology allows rapid screening for genetic modifications. It will promote better informed diagnosis and prognosis, while explaining drug responses including resistance to chemotherapy.

Click here to find out more about how we fund cancer research in Australia.