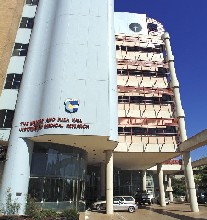 Scientists at the Walter & Eliza Hall Institute (WEHI) are now able to explain the links between breast cancer risk and exposure to female hormones, paving the way for breast cancer preventions and treatments.

The research, led by Dr Jane Visvader and Dr Geoff Lindeman, was partially supported by a $5 million grant from the Australian Cancer Research Foundation (ACRF). The new discovery was published in the international journal Nature on 12 April 2010.

“Our research also revealed that during pregnancy there is a profound increase in breast stem cell numbers,” Dr Lindeman said. “This might account for the short-term increase in cancer risk associated with pregnancy.”

“The ACRF support for our research has been pivotal to the success of our work. We are heavily dependent on our ACRF Centre-funded equipment for our ongoing research efforts in breast cancer,” said Professor Lindeman. “The sort of research that has led to our discovery was necessarily a team effort. We are grateful for their foresight in being a strong supporter of the multi-disciplinary team effort – these maximize translational cancer research outcomes.”

In 2005 ACRF awarded its largest ever grant of $5 million to an alliance comprising the Walter & Eliza Hall Institute, Royal Melbourne Hospital, the Royal Women’s Hospital, the Ludwig Institute for Cancer Research, and The University of Melbourne (Faculty of Medicine, Dentistry and Health Sciences).

Led by Dr Lindeman, the consortium is an Australian-first integrated cancer research project, and currently focuses on specific diseases including bowel and breast cancer.