‘A Million Footsteps for a Cure’ charity challenge 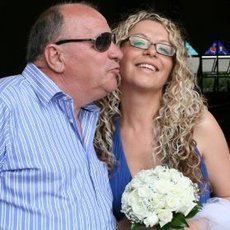 At the point of his diagnosis the cancer had already spread to his spine making it very difficult for Sonia’s father to walk or even sit comfortably.

“Watching this strong, fiercely independent and jovial man fade away so rapidly broke my heart a million times over.  And it continues to do so.” Sonia told us.

“I would have done absolutely anything for this wonderful man, but there was just nothing I could do to lessen his pain.”

Unfortunately, less than 3 months after his diagnosis, Sonia’s father passed away in Sonia’s arms, surrounded by his loving family.

After watching what her father went through, Sonia is committed to raising awareness about the importance of cancer research.

On 23rd May, 2013, Sonia will be embarking on an epic charity challenge – walking 750km across France. Starting at Le Puy, Sonia will travel entirely on foot, taking over a million steps over 38 days until she reaches Saint Jean Pied de Port at the border of Spain.

And this charity challenge will test Sonia in more ways than one. Sonia is also battling tendonitis in her left foot.

Sonia’s goal is to raise $7,500 to go towards cancer research while at the same time spreading her story and awareness about this debilitating disease.

“For my dad who lost his life to cancer and those currently fighting a cancer battle, this walk is for you!” said Sonia.

If you are interested in donating to Sonia’s cause please visit her Everyday Hero fundraising page here.