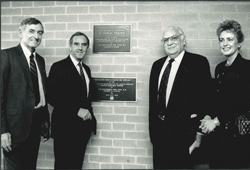 This year marked a milestone for the Foundation. 2009 was our silver anniversary; 25 years since the vision of the late Sir Peter Abeles set the Australian Cancer Research Foundation on its path of providing unprecedented multimillion-dollar private funding to cancer research in this country.

Similarly, today’s experts on ACRF’s MRAC, headed by Professor Ian Frazer, continue to advise the ACRF’s Board of Trustees. The first grant given by ACRF was for $1 million for an Immunotherapy Centre at St Vincent’s Hospital in Sydney when Immunotherapy – now a key element of our cancer knowledge bank – was very much on the fringe of mainstream research.

Since that first year, the Foundation has granted over $60 million to Australian medical research teams at many of the country’s leading cancer research institutes. Those funds are used to purchase major equipment, construct research laboratories and equip cancer centres.

More than two-thirds of our grants have been awarded since 2004, a reflection of the rapid progress made since the human genome was decoded and the sequencing of human DNA advanced our understanding of the relationship between genes and disease. That increase is also a reflection of the increasing generosity of the many companies, individuals and community groups who support ACRF.

ACRF will continue its critical contribution to breakthrough projects; projects which increase our knowledge and result in ways to prevent cancer and in more effective treatments. Ultimately cancer will be overcome.

Professor Ian Frazer, who discovered the cervical cancer vaccine, recently said of the Foundation “The ACRF provides critical funding for infrastructure support that enables our research to be competitive on an international basis.’’ Watch a recent interview with Professor Ian Frazer. 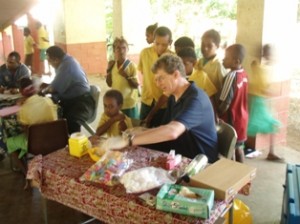 In 2009 we received ten grant applications for projects that would make a difference to the lives of the one in three people who will be touched by cancer. Those applications totalled $34.8 million. As we go to press, we are working on a five-year plan to enable us to increase our income and research funding significantly over the next five years. Read about the winners of 2009 research grants

We trust you will stay with us and join us in our mission to create a world free of cancer. We depend on you and are deeply grateful for your support over the last twenty-five years.