Our mission is to back brilliant research by giving scientists the technology and equipment they need to find new and improved ways to prevent, detect and treat ALL types of cancer.

ACRF was founded in 1984 by the late Sir Peter Abeles and the late Lady Sonia McMahon. After surveying several scientists and medical professionals, asking what they needed most to progress cancer research in Australia, they identified a primary need for physical buildings in which to conduct research activities and so determined the focus for The Foundation. As the research landscape has evolved, so has the areas of funding for ACRF. Nowadays, ACRF grants cover technology, equipment, and infrastructure – both physical and virtual.

1 in 3 Australians will be diagnosed with cancer in their lifetime. The remaining 2 will be closely affected by a diagnosis.

At Australian Cancer Research Foundation, we know that only brilliant ideas can tackle something as big as cancer. That is why we give scientists the technology, equipment and infrastructure they need for pioneering research. By funding research that seeks to progress and transform the way we prevent, detect and treat ALL cancers, we are committed to our vision of one day reaching a world without cancer.

Since 1984, thanks to our generous supporters, we’ve awarded 81 grants totalling over $171 million to 43 research institutions across Australia. Supporting ACRF means you are backing projects that push boundaries and blaze new trails. Because we know only brilliant ideas can tackle something as big as cancer.

How do we select Brilliant research?

The Foundation is overseen by an eminent Board of Trustees, with research programs recommended by a highly esteemed Medical Research Advisory Committee (MRAC) comprising scientific and clinical professionals of international repute. ACRF’s MRAC only endorses the most promising projects that have potential to provide us with the greatest health and social returns.

The crab as a symbol of cancer

Cancer and the crab have been linked since the early days of medicine. The origin of the word cancer has been linked to the Greek physician Hippocrates (460 – 370 BCE), who is widely considered to be the “Father of Medicine”. Hippocrates used the term ‘karcinos’ (the word for crab) to describe a tumour, because the blood vessels which surround a tumour are crab-like in shape.

Although the crab analogy of Hippocrates and Celsus is still used to describe malignant tumors (eg. carcinoma), Galen’s term is now used to refer to the specialist study of cancer, oncology. 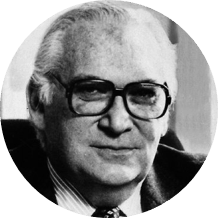 Named ‘Australian of the Year’ by ‘The Australian’ in 1987, Sir Peter Abeles established the Australian Cancer Research Foundation in 1984. 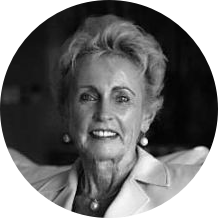 A founding trustee and life member, Lady McMahon had a very significant impact on the Foundation and its mission to fund Australian cancer research projects at the forefront of medical science. 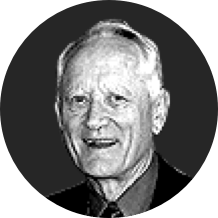 Mr Boettcher was an unwavering enthusiast for ACRF’s work, and a significant part of our growth and achievements. He was a much-loved and highly respected member of the ACRF team. 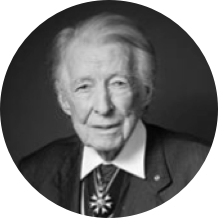 Sir Ian Turbott was chairman of the I T Graham Investments Pty Limited, director of the Australian Youth Trust (established by the Commonwealth Day Council NSW), director of the Ted Noffs Foundation and Emeritus Chancellor of the University of Western Sydney.