The Happiest Refugee on hardship, optimism, and supporting cancer research 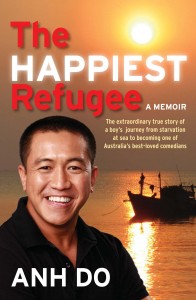 One of Australia’s best-known comedians, Anh Do, has just joined The Australian Cancer Research Foundation’s community and long list of fantastic supporters.

Anh is currently promoting his honest and uplifting memoir, The Happiest Refugee, and will be donating part of the sales from the book to ACRF in support of cancer research.

The book is dedicated to fellow comedian and friend, Dave Grant, who sadly lost his battle to pancreatic cancer earlier this year.

The Happiest Refugee has already received plenty of praise from the literary community, and was the highest selling Australian book in the week it debuted!

Based on his family’s struggle out of war-torn Vietnam and their integration into Australian society, The Happiest Refugee is a sincere, open account of Anh’s life, offering a ray of sunshine and hope for all who read it.

We’ve read it, and can say it is a remarkable read – expect to laugh hysterically under his comedic spell, to be astonished by his optimism toward life, and to wipe away the tears as he recounts the most harrowing moments of life as a refugee.

ACRF wishes to congratulate Anh Do on his tremendously successful literary debut, and extend a big thank you for supporting us in the fight against cancer.

If you would like to follow in Anh’s footsteps to help us outsmart cancer, you can donate online today. Your donation will go towards providing technology, equipment and infrastructure Australian researchers need to continuously explore new and improved ways to prevent, detect and treat all types of cancer. 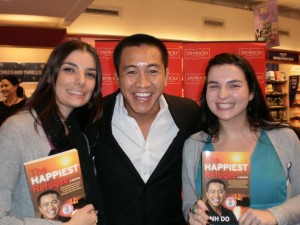