The Global Effort to End Cancer 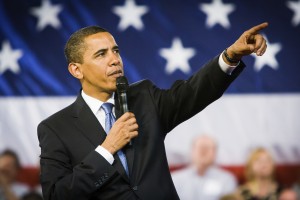 US President Barack Obama has shared his hope that one day America will cure cancer. In his state of the union address on Wednesday, he declared, “For the loved ones we’ve all lost, for the families that we can still save – let’s make America the country that cures cancer once and for all.”

Australian Cancer Research Foundation CEO Professor Ian Brown spoke with ABC Radio National to explain why researchers believe that a cure for cancer really is on the horizon.

“There are statements being made now, that say within a generation, cancer will go from being a source of trepidation, where a sizeable number of people are lost, to one where it will become a treatable disease. And there are very good reasons why we think we’re heading in that direction.

Going back 30-40 years ago, the number of people who were passing away from cancer was quite high and since then researchers have worked to increase our knowledge of the disease substantially.

Today, about 50% of people who contract cancer will survive. But this varies between certain types of cancer. Take thyroid cancer for instance, the survival rates are much higher than they used to be, with more than 95% of people now surviving. However, in a range of other cancers, such as pancreatic cancer or mesothelioma, the survival rates have remained very low.

Over time three main ways have been established as methods to treat most cancers, those are: surgery, radiation therapy and chemotherapy. But over the last 15 years, we have come to understand more about how cancer forms and this has helped shape new treatment methods.

We now know that cancer is basically a mutational change to the genetic information that causes the cells to proliferate abnormally. These cells won’t simply die and our own internal systems aren’t able to kill the tumours. With this understanding, scientists have worked to find new ways to fight this disease.

Medicine is now becoming far more personalised. Information about each individual’s tumour is now being logged into databases. This includes data such as: what the mutation was, what doctors used to try and treat that particular tumour, and whether that treatment was successful, making it far easier for doctors treating the varying mutations that cause different cancers.

The Human Genome Project in 2002 was the first example of such a database, logging all the genetic information that we had. It cost around $3 billion and took twenty years to complete. Whereas, the equipment that we now have, can do this much faster and easier that for less than $1000.

This is why seed funding for upgrading technology and infrastructure is so important. By equipping the best researchers with the right tools, we will speed up discoveries and ultimately save lives.

Science is a collaborative enterprise. People are constantly working to add to our understanding of cancer. We know that by sharing this knowledge around the world, progress is possible. For example, after it was discovered that certain types of viruses could cause cells to become cancerous Australian scientist, Professor Ian Frazer co-developed the cervical cancer vaccine which can now prevent various forms of cancer. This vaccine has now been used in hundreds of millions of people in 120 countries around the world.

So as Obama delcared, America will continue to play an important role in curing cancer, but ending this disease will take global collaboration.”