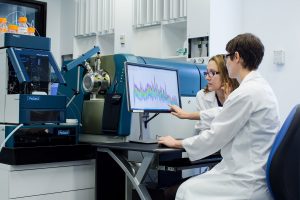 Imagine being a parent who is told ‘Your child has cancer.’ For hundreds of Australian parents every year, this is the reality. Every one of them wants to ensure, from the moment of this terrible diagnosis, that the treatment chosen by their child’s doctors will have the best possible chance of success. To this end, a world-first cancer research facility is opening right here in Australia, which aims to improve the precision of cancer diagnosis and treatment.

The ACRF International Centre for the Proteome of Human Cancer, also known as ProCanTM, officially launched at Children’s Medical Research Institute (CMRI) in Sydney today. The goal of ProCan is to transform the way in which cancer is diagnosed and treated.

ProCanTM was established with the help of the Australian Cancer Research Foundation (ACRF)’s 30th  Anniversary grant, awarded in December 2015.

Professor Ian Brown, Chief Executive, Australian Cancer Research Foundation says, “ACRF created the $10 million Anniversary grant to promote bold and significant programs that would facilitate major advances in the prevention, early detection, treatment and management of cancer. It is with great credit to CMRI that an eminent panel of international researchers and clinicians recommended their project as being the most visionary and having the greatest potential impact.”

“ProCan is very simple in concept but massive in scale,” said CMRI Director, Professor Roger Reddel, who is also co-leader of ProCan. “We believe the results of ProCan will greatly improve the speed and accuracy of cancer diagnosis and provide clinicians an enhanced capability to choose the most effective treatment option for each individual patient’s cancer and, importantly, to avoid those treatments that are likely to be unsuccessful. This will reduce treatment toxicity and improve cancer treatment outcomes in children and adults – worldwide.”

Facing cancer is all too familiar to the Catterick family from Canberra. Before he had even turned one, Josh Catterick was battling a disease no child should endure – brain cancer. At four months of age, his mother, Kylie, noticed he wasn’t feeding properly. Doctors discovered a tumour the size of a mandarin. Josh was rushed to hospital in Sydney for treatment, where Kylie was told he may not survive. “I just fell apart,” she said. 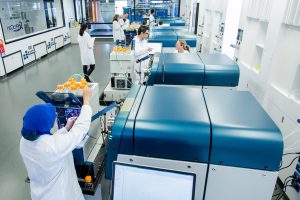 Doctors successfully removed the tumour, but the ordeal was far from over. As a result of the tumour, four-year-old Josh has since been diagnosed with cerebral palsy, epilepsy, global communication delay and autism. There’s also the uncertainty of what happens next.

“We are aware there’s a chance the cancer could relapse and take him. But you can’t let that run your life,” Josh’s mother, Kylie, says. “We’re excited about ProCan and want to do all we can to support it and what it could do to help other families facing cancer.”

Over the next 5-7 years, ProCan’s research team will analyse the proteome (the thousands of different proteins created by the genome) in about 70,000 samples of all types of cancer from patients around the world. The new information uncovered will be compared to existing knowledge, including which treatments were effective or ineffective for each individual cancer. The data generated will form an enormous database of information that can be accessed by scientists and clinicians worldwide to enable a better understanding of cancer and speed up the discovery of new cancer treatments.

What’s more, ProCan’s researchers will use this data to develop tools that would provide cancer clinicians, an accurate cancer diagnosis within 24 to 36 hours of analysing a tumour biopsy and also information about the available treatments that have the greatest probability of success for that individual cancer.

ProCan scientists will work in collaboration with technology experts in Zurich, as well as cancer researchers globally to progress this initiative. The specialised equipment required was funded by the Australian Cancer Research Foundation and is operated with support from Cancer Institute NSW.

ProCan recently attracted the attention of US Vice President, Joe Biden, which led to CMRI signing a landmark Memorandum of Understanding with the US National Cancer Institute as part of the Cancer Moonshot initiative. The MOU directly links ProCan with the Cancer Moonshot and will increase collaboration and flow of information between cancer researchers and research organisations, to accelerate the pace of cancer research globally.

“The agreement signed with the White House will ensure that all resources and knowledge gained from the establishment of ProCan are international in focus and affiliation. It is terrific to see ProCan attract additional attention and investment. ACRF is proud to support scientifically sound programs based on bold ideas where the availability of major pieces of state-of-the-art equipment can act as seed funding to be leveraged with the assistance of other important organisations, such as Cancer Institute NSW. This isn’t the first nor do I expect it to be the last time ACRF awards a cancer research project with a grant and witness it grow into an international collaboration,” Professor Brown concluded.

In addition to seed funding from CINSW, in July, the New South Wales Government recognised the work of ProCan and committed $6 million toward a joint proteogenomics research project on childhood and young adult cancers, with the proteomics component to be conducted at CMRI’s ProCan laboratory.

NSW Chief Cancer Officer and CEO of the Cancer Institute NSW, Professor David Currow, said, “This program of work will allow us to better characterise the nature of each cancer, which will in turn lead to more personalised treatments.”

“We’re excited by the international interest and very grateful for the New South Wales Government’s support,” said Professor Phil Robinson, co-leader of ProCan. “The project has a clear goal of using ProCan’s results to develop technologies that will greatly improve the diagnosis and personalised treatment of cancer. For me, as a scientist, what we’ll learn about cancer is equally exciting — the biology of cancer and the control pathways affected in cancer cells — which will lead us in uncharted directions, generating fresh ideas and new discoveries that could help develop new and better treatments. Cancer is just the start. The potential of this technology goes far beyond cancer – we plan to extend this research technology to the study of many other diseases.”