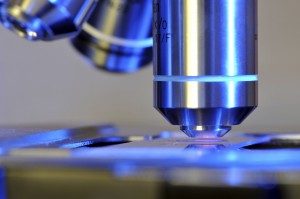 QIMR Berghofer and the University of Cambridge have led an international study, finding six new gene regions which increase a woman’s risk of ovarian cancer. The number of ovarian cancer risk susceptibility regions identified has therefore increased, from 12 to 18.

Although these risk gene variants, or “typos”, are much more subtle than the BRCA1 and BRCA2 mutations, incorporating them into tests which predict a woman’s ovarian cancer risk would be more precise.

Head of QIMR Berghofer’s Cancer Program, Professor Georgia Chenevix-Trench said “Individually, each of these ‘typos’ increases the risk of cancer by a very small amount.”

“However, if a woman carries a large number of these ‘typos’ her risk of developing ovarian cancer may be as high as that conferred by mutations in BRCA1 or 2.”

QIMR Berghofer scientists are now part of an even bigger study which is likely to double the number of gene regions known to increase ovarian cancer risk.

“Once we identify each of these genetic ‘typos’, the next challenge is to find out the way they work – both individually and together,” Professor Chenevix-Trench said.

“Understanding how each of these variants works will eventually lead to an understanding how ovarian cancer develops, and how to develop better reduction medications and treatments.”

The ACRF is proud to have provided over $6 million in grants funding to QIMR Berghofer since 2002, for technologies and infrastructure with the power to speed up lifesaving discoveries across many cancer types.