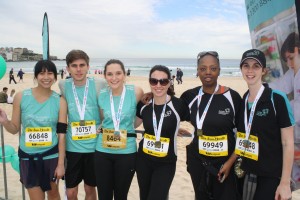 It’s time to tie up those laces and get into a rhythm. There are four great running events coming up in locations across Australia.

If you’re a seasoned runner we hope that you’ll consider running for the ACRF in your next event because it’s runners like you that help fund critical cancer research. And if you’re brand new we want to encourage you to become not just any athlete, but the one that will end cancer.

When you join the ACRF running team you join an amazing group of individuals, some that have run over 10 marathons in a year! The ACRF will also be there to encourage you along the way, providing you with a wealth of resources to help you reach your goals. 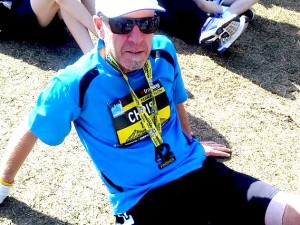 Cancer is one of the leading causes of death in Australia with an estimated 43,700 people succumbing to it each year.*

So what can one person do help so many who are fighting cancer?

Adelaide local, Chris Glacken answers with “anything and everything you can,” and has challenged himself to run 24 marathons in 24 months to help raise funds for cancer research.

Several of Chris’ close friends and family members, including his father, have been recently diagnosed with cancer. This motivated him to find a way to join in their battle against this terrible disease.

His mission now, for his 24 marathon conquest, is to have the “courage to start, strength to endure, and resolve to finish”.

“This may be a tough and expensive gig but the satisfaction gained from having a go at raising much needed funds for the ACRF makes it all worthwhile,” says Chris.

This adventure is just one of many fundraising efforts that he and his wife Grace have organised over the years, raising around $4,200. His target for marathon donations this year is $15,000. And if he reaches his target, Chris, his wife, and their incredible supporters will have contributed a whopping $20,000.00 in just a few years: fighting cancer through research.

Chris began his marathon of marathons last year at the Cadbury Hobart Marathon in January and will continue to participate in races across the country with his final race ending in Portland, Victoria in November 2015.

His every step is helping cancer scientists get closer to preventing, diagnosing and finding a cure for cancer, so we encourage anyone and everyone to cheer him on!