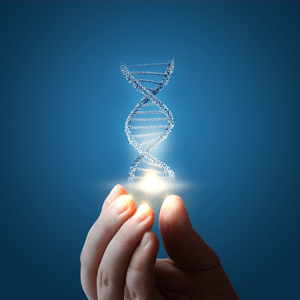 The world’s biggest ever genetic study of breast cancer has discovered 72 new genetic variants that put women at higher risk of the disease.

Researchers from QIMR Berghofer Medical Research Institute co-led the major international collaboration, which collated and analysed data from 275,000 women across the globe.

The findings were today published in the journals Nature and Nature Genetics.

She said a further seven genetic variants were discovered that predispose women specifically to oestrogen-receptor negative breast cancer, which often leads to poorer health outcomes because it does not respond to drugs like tamoxifen.

The discovery was made possible through collaboration between the Breast Cancer Association Consortium (BCAC) and the Consortium of Investigators of Modifiers of BRCA1/2 (CIMBA), which is led by Professor Chenevix-Trench.

“This work helps us to understand why some women are more at risk of developing breast cancer than others and what genetic markers we should be looking for in order to assess that risk,” Professor Chenevix-Trench said.

“We know that breast cancer is caused by complex interactions between these genetic variants and our environment, but these newly discovered markers bring the number of known variants associated with breast cancer to around 180.

“Our hope is that in future we will be able to test for these genetic variants in order to inform preventative approaches and treatment for women who may be at a higher risk of breast cancer.”

Professor Chenevix-Trench said the inherited component of breast cancer risk was due to a combination of rare variants in genes such as BRCA1 and BRCA2 that indicate a high risk of the disease, and genetic variants that confer only a small risk, as identified in the latest research.

QIMR Berghofer senior researcher Dr Jonathan Beesley said that one of the main findings in the Nature paper was that scientists can now predict which neighbouring genes the risk variants might act on.

“We were able to show for the first time that these risk genes are often the same ones that are mutated during the development of breast tumours, which tells us much more than we knew previously about the genetic mechanisms that may cause breast cancer,” Dr Beesley said.

“We think that this ability to pinpoint the genes associated with risk of breast cancer will eventually enable us to develop more effective screening interventions and even risk-reduction medications and treatments.”

Around 70 percent of all breast cancer is oestrogen-receptor positive, which means the cancer responds to the hormone oestrogen and helps the tumour to grow.

A smaller number of breast cancer cases are oestrogen-receptor negative, so they do not respond to oestrogen but respond to other mechanisms.

Professor Chenevix-Trench said a greater understanding of a woman’s risk of developing breast cancer may help to change the age at which that woman is offered mammogram screening.

“Many women are offered mammogram screening when they are middle-aged, but if we know a woman has genetic markers that place her at higher risk of breast cancer, we can recommend more intensive screening at a younger age,” she said.

The studies involved collaborators from 300 different institutions, including the University of Cambridge, University Laval in Quebec and Harvard TH Chan School of Public Health.

This news was originally published on the QIMR Berghofer website.

ACRF has supported cancer research at QIMR Berghofer Medical Cancer Research Institute since 2002 when they were awarded the first of three grants totalling $6.7 million.