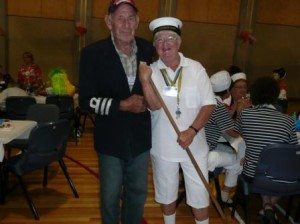 In the true spirit of great adventure journeys comes news of the annual Australian Motor-home Charity Safari – which this year takes place across the top of the Apple Isle from March 2010.

Now in its 10th year, this unique Tasmanian safari will see more than 70 motor-homes and their occupants tour from Stanley on the north coast all the way to Longford in the centre of the island over 10 fun-filled days.

Originally coined as the ‘Kidney Safari’, supporting kidney health, the touring event has since expanded to the Australian Motor-home Charity Safari – supporting a number of charities and causes including this year, the Australian Cancer Research Foundation.

Angela Hulme, 61, will make her debut at this year’s ‘safari’, supporting cancer research. A two-time cancer survivor herself, Hulme strongly supports the need for research into the disease.

“Yes I have had both breast and lip cancer. I also lost my husband Gordon to the disease when he was just 41. He was a Vietnam Vet and a 20-year active member of the Australian Army,” she said. 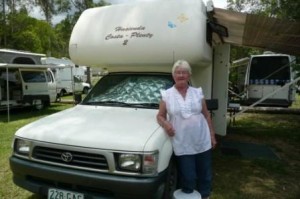 “I don’t try and let things get me down and I am always up for a challenge. You just have to make the best of things don’t you.

“I am looking forward to the safari particularly the challenge of some of those roads which are very hilly and windy in some places.

Angela said she had bought her “much loved” six-wheel motor home in 2002 and had now traveled more than 130,000kms in it!

“I just love it and have been all around Australia and have even driven up to Darwin three times” she laughed.

“I like the beauty and the colors and landscapes of this country so much.”

“The Tasmanian Motor Home Safari should be a lot of fun as we have an activity planned for every night along the way and we travel in different groups each day. Already I have a number of sponsors supporting me and the number is growing.”

Angela will be giving the Foundation regular updates throughout the ‘safari’, so watch this space!

Warmest thanks for your wonderful support of cancer research Angie and wishing you all the very best for the big safari.