Supporting cancer research in Australia in memory of my mother 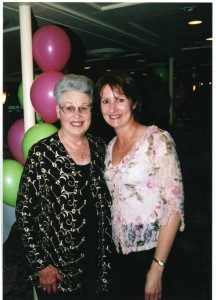 “Like most families, mine too has been touched by cancer. I lost my brother-in-law when he was just 49 years old to cancer and recently lost my mother to it as well.

My mother was a very strong person. I admired how she lived her life and faced cancer. In December 1993, she was diagnosed with non-Hodgkin lymphoma. It was very aggressive so it required treatment with both chemotherapy and radiation. A doctor at the time asked her how she thought she would handle the treatment. She replied: “You don’t know what you are made of until you face something like this but I’ll give it my best shot”, and that she did.

After some setbacks, she went into remission two years later. But as many who have experienced cancer in their life know all too well, it doesn’t stop there. It means that you are now on the ‘cancer merry-go-round’ of endless check-ups, blood tests and trips to various doctors and oncologists. She did this for the next 22 years and during these years she enjoyed life to the fullest and felt very blessed.

The aggressive treatment came at a cost though and in more recent years she began to suffer the long-term effects of radiation treatment.

The diagnosis of oesophageal cancer in February 2015 was devastating but she faced it with hope and determination. Twenty radiation treatments and other surgeries were to follow. A further diagnosis in early September revealed that cancer had spread and she made the very difficult decision to not continue with treatment. She had indeed given it her best shot but sadly passed away on 15 September 2015.

From palliative care, during her final days, she began to plan her funeral – hymns, flowers and of course donations to the Australian Cancer Research Foundation (ACRF) which she had supported for many years in memory of my brother-in-law. Like many others, she wanted to help end cancer. 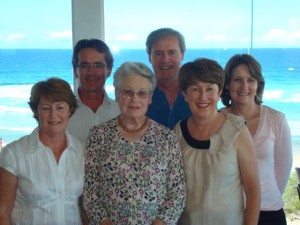 I am extremely grateful we had an extra 22 years with my mother. I am grateful she got to see her five children grow into adults and spend time with her nine grandchildren. I am grateful she got to see the arrival of three of her great-grandchildren. But what I would be most grateful for is a cure and that’s why I support cancer research in Australia with regular monthly donations to ACRF. They are an Australian charity that focuses on funding research with the best possible outcomes for patients.”  Regular Giver of the Month, Margaret Bible.

We would like to thank Margaret for her ongoing support of cancer research. Regular charity donations provide a stable and supportive future for Australia’s best cancer researchers. We are incredibly grateful for her support.