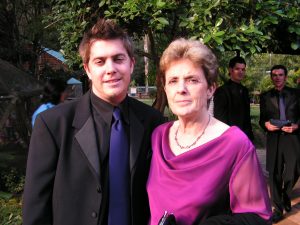 “My son, Craig, was a fit 27-year-old swim coach when he was diagnosed with a rare type of brain cancer. He had just become a husband and a father when we found out we were going to lose him.

Craig, first met his wife when they were both junior swim coaches. You could really see Craig’s passion shine through when he was coaching. He was so dedicated to his students, he loved helping them succeed.

We had all been on holiday with family in Tasmania when he realised something wasn’t right. As soon as we returned, he sought medical help.

I went in to see him first after the results came in and he broke down with the news that he had cancer. We were both devastated. He tried to hide the seriousness of his diagnosis from me, or perhaps he didn’t know. 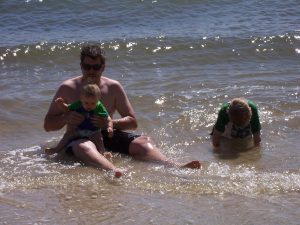 Craig had just become a husband and a father. His son was only 10 months old. It was hard to believe this was all happening.

The astrocytoma was found at the base of his spine and because of its location, doctors feared surgical removal would cause him to become a paraplegic so they treated it with radiation therapy.

The therapy appeared to be successful in reducing the size of the tumour and he was sent home, but in less than two months he started to experience severe headaches.

At first, the doctors thought the headaches were just a side effect of the radiation treatment but then they did a spinal tap. From this, they discovered fragments of the tumour had travelled through the fluid in the spinal column and attached themselves to his brain.

It was around Christmas time when they were ready to start further radiation treatment and we were told he would not survive. In his final week having lost his sight and the use of his arms and legs, he was still able to joke with his friends who kept him company through his final days. 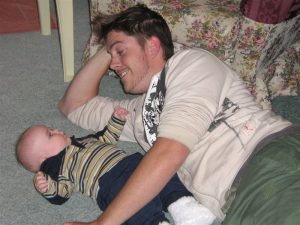 His willpower kept him alive until all his friends and family said goodbye and then he quietly slipped away whilst his young wife slept in the chair beside him.

Craig died just six months after the initial diagnosis. I was touched to see so many of his students at his funeral, it made me proud of the man he’d become. I can see so much of him in his son.”