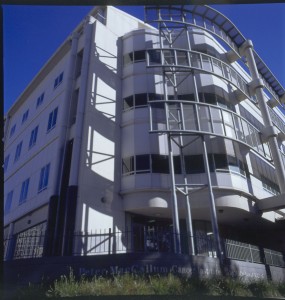 Australian researchers have discovered a dangerous molecule which convinces the body that cancer cells aren’t a threat.

With this mystery uncovered, researchers can now test new treatments that interrupt this deadly deception.

The research was conducted primarily in the Cellular Immunology Laboratory at Melbourne’s Peter MacCallum Cancer Centre, with researchers working to investigate why the body is ‘fooled’ into ignoring cancer cells.

But the team at Peter Mac, led by Dr Dan Andrews and Professor Mark Smyth, found that cancer cells can imitate the expression of normal surface molecules with a molecule called H2-M3.

This means our immune system doesn’t know that it should raise the alarm.

“Now we have identified the role H2-M3 plays in cancer growth, we can learn more about how it binds to natural killer cell receptors and plan new therapies to specifically target these types of interactions,” Dr Andrews said.

“Although these are early days, it is very exciting to make discoveries that may very well result in new ways to help a patient’s immune system fight cancer.”

The research, which was performed using pre-clinical models of melanoma and sarcoma, is part of a broader effort in the rapidly growing field of cancer immunology. This research focuses on harnessing the power of the body’s immune system in the fight against cancer.

The Australian Cancer Research Foundation (ACRF) is proud to have supported the Peter MacCallum Cancer Centre with a total $3.5 million in funding.