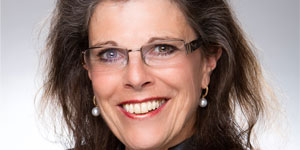 This prestigious award honours an individual who has made significant and fundamental contributions to any field of cancer research in NSW, and comes with a prize of $50,000 to further the recipient’s research endeavours.

Professor Haber is the Executive Director of the Children’s Cancer Institute Australia, and has previously been awarded the Excellence in Translational Research Award at the Premier’s Awards in 2012. She is internationally recognised for her world-class research into the treatment of neuroblastoma and acute lymphoblastic leukaemia in children.

We are very proud to count Professor Haber as a member of the ACRF Medical Research Advisory Committee. Committee members are cancer scientists of the highest national and, in many cases, global repute.

They are leaders in Australian cancer research and advise the ACRF on applications received for ACRF grants funding, making recommendations to the Board of Trustees of ACRF as to where grants should be awarded for maximum impact and innovation in cancer prevention, diagnosis and cure.

Excellence in children’s cancer research was further recognised on the night with the Premier’s Rising Star Award and the Outstanding Cancer Research Fellow of the Year going to members of the Kids Cancer Alliance.

Associate Professor Georgina Long from the Melanoma Institute Australia was awarded the Wildfire Award, and collaborations working in haematological clinical research and asbestos research were also acknowledged for their efforts in their fields.