New discovery a sign of hope for melanoma patients 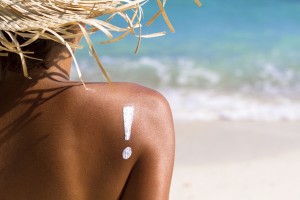 After four years of dedicated research, PhD student Mitchell Stark has made a remarkable discovery at the QIMR Berghofer Medical Research Institute, a facility which has been awarded three grants from the ACRF. He has uncovered new markers which will help increase the speed, accuracy and accessibility of tests that monitor the progression of Melanoma.

Mr. Stark’s study has revealed that elevated levels of microRNA’s, which are tiny molecules that regulate the amount of protein in a gene, can indicate that the cancer is at risk of spreading.

“They are highly sensitive and specific, and are significantly better than markers currently being used,” says Mr. Stark. “In specimens from stage IV patients, the new biomarkers confirmed tumour progression in 100% of cases.”

Mr. Stark said this is significant because it will allow patients to start treatment before metastatic disease is clinically evident, which could greatly improve a patient’s chance of survival.

“Patients with stage III melanoma, with spread confined to regional lymph nodes, have a five-year survival rate of about 50%, compared to less than 15% if metastases are widespread.”

In addition to the accuracy, another positive is the method in which the testing is done. All that is required from a patient for the markers to be detected is a routine blood test. This will better identify the group of patients that require additional expensive and stressful tests such as CT scans.

“This is an excellent example of the world-leading research at QIMR Berghofer which has the potential to make a real difference to the lives of patients in Queensland and around the world.”

The original article was published on the AIMR Berghofer Medical Research website.