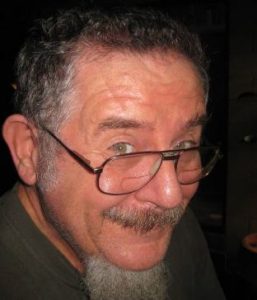 “In 2015 my good friend Neil Kilgour passed away from cancer. Neil was a brilliant and generous person who encouraged, inspired and invested in people who he felt were talented.

Although he didn’t play an instrument himself, he was the centre point of a large group of musical friends. He loved music and had a vast collection of ’78s, principally folk music, jazz, and those genres, but he liked everything.

Every Tuesday night, up to 30 or 40 people would visit Neil and Leslie’s house to share a love of guitars. In one room there were guys playing classical guitar and in another room, there would be guys playing bluegrass… it took over the whole house. There were fiddles, banjos, mandolins and even concertinas, button accordions.

People would teach each other technical skills and Neil would also repair instruments. In the final stages of Neil’s illness, we would visit him and play music for him. These gatherings continued until his death. In 2014, prior to his diagnosis, I began building a guitar to present to Neil in gratitude for everything he had done for me. 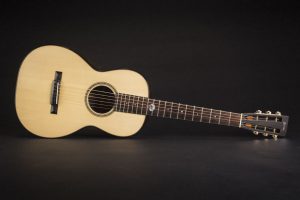 Sadly the guitar was to be completed after Neil’s passing, but Neil and I devised a plan to keep the music playing and to raise funds for cancer research.

It was his wish that its use could generate funds for the ACRF. We hatched a plot that the guitar should be used by musicians for recording purpose – and that it should not sit in a box somewhere.

On the album, eight different people are playing ‘Neil’s Guitar’ and the interesting thing is how different it sounds in the hands of each person, you would think they were different guitars.

The CD was launched with a special concert at Adamstown Arts in November. All proceeds from the concert and CD sales went to the Australian Cancer Research Foundation.

Special thanks to Christopher Cady for organising the recordings and Peter Allsop for planning the launch and for both of their ongoing commitment to this. The effort everyone has put in has been overwhelming and it’s turned a crazy idea into a real thing which is really inspiring.” – Jeff Mallia