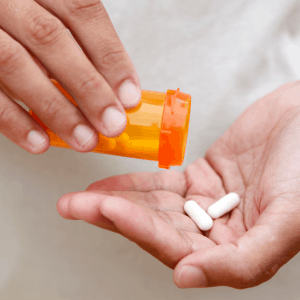 In a world-first clinical trial, Melbourne medical researchers have shown that patients with an advanced form of leukaemia can achieve complete remission with a new tablet treatment.The trials were conducted at The Royal Melbourne Hospital and the Peter MacCallum Cancer Centre, in collaboration with the Walter and Eliza Hall Institute, as well as trial sites in the US.

Clinical trials of the potent new anti-cancer drug Venetoclax showed it was effective in killing cancer cells in people with advanced forms of chronic lymphocytic leukaemia (CLL) when conventional treatment options had been exhausted.

Seventy-nine percent of those involved in the trial had promising responses to the new therapy – including twenty percent who went into a complete remission. A small number of patients had such a profound response that even very sensitive tests were unable to detect any remaining leukaemia in their bodies.

CLL is one of the most common forms of leukaemia, with around 1,000 people diagnosed with this type of cancer in Australia every year. More than 350,000 people were estimated to have been diagnosed with leukaemia in 2012 worldwide, with incidence rates varying across the world.

The drug has been granted priority review status by the US Federal Drug Agency (FDA) for treating some types of CLL. The designation is granted to medicines that the FDA has determined to have the potential to provide significant improvements in the treatment, prevention or diagnosis of a disease.

Venetoclax was developed based on a landmark discovery made in the 1980s by Walter and Eliza Hall Institute scientists that a protein called BCL-2 promoted cancer cell survival. Venetoclax was co-developed for clinical use by US pharmaceutical companies AbbVie and Genentech, a member of the Roche Group, and was discovered as part of a joint research collaboration that involved Walter and Eliza Hall Institute scientists.

Professor Andrew Roberts, a clinical haematologist at The Royal Melbourne Hospital and cancer researcher at the Walter and Eliza Hall Institute, said the drug works very specifically by overcoming the action of BCL-2.

“Most trial patients responded positively to the therapy, showing substantial reductions in the number of leukaemia cells in their body. Many patients have maintained this response more than a year after their treatment began, and some patients remain in remission more than four years on,” Professor Roberts said.

Professor John Seymour, Chair of the Haematology Service at Peter MacCallum Cancer Centre says, “The fact that a targeted drug, given on its own, can produce such a profound reduction in the leukaemia burden in the patient, to the point we cannot find leukaemia cells even with our best tests, underscores what a powerful strategy targeting the BCL-2 gene is.”

These results set the foundation for building towards the dream of a cure for CLL. Phase 2 and phase 3 studies are currently being undertaken to test Venetoclax across a range of blood cancers globally, including at many sites in Australia.

This news was first published on the Peter MacCallum Cancer Centre website.