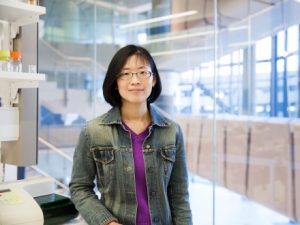 Researchers have found that reversing the order of treatment for patients with certain cancers could dramatically improve survival rates.

Triple-negative breast cancer tends to be more aggressive than other types of breast cancer and is more likely to spread (metastasise) and recur. Based on the findings, several oncologists worldwide have started clinical trials to see if giving immunotherapy before surgery for certain cancers could produce the same results in humans.

The study was led by Dr Michele Teng and PhD student Jing Liu from QIMR Berghofer’s Cancer Immunoregulation and Immunotherapy Laboratory. It has been published in the journal Cancer Discovery.

Immunotherapy is a field that is revolutionising the treatment of some cancers. It works by activating a patient’s immune system to recognise and destroy cancer cells.

There are already immunotherapy drugs approved for use in some advanced cancers, such as melanoma and kidney cancer. Researchers are investigating whether different combinations of those drugs can improve survival even more than individual drugs and whether the drugs are effective at treating early-stage cancers.

“We wanted to find out when was the best time to schedule immunotherapy,” Dr Teng said.

“Traditionally, cancer patients have had surgery to remove the primary tumour before receiving supplementary treatments like chemotherapy or radiation to destroy any cancer cells that might have spread.”

“To our surprise, when we gave mice a combination of two immunotherapy drugs (anti-PD1 and anti-CD137) before surgery, between 40 and 60 percent were cured of triple negative breast cancer. It appears that this therapy destroyed any cancer cells that had spread to other parts of the body and stopped the cancer from returning.”

“In contrast, when mice received the drugs after surgery, between zero and 10 percent of them were cured. If these results are replicated in humans, it could lead to widespread changes in oncology practices and could greatly improve survival rates for some cancers.”

The researchers found the mice that received immunotherapy before surgery had higher levels of an immune cell known as tumour-specific T cells. These cells are responsible for recognising and destroying cancer cells.

“We think that giving immunotherapy while the primary tumour is still there provokes a better immune response by generating more tumour-specific T cells that are of better quality,” Dr Teng said.

“In other words, giving these drugs while the primary tumour is present not only increases the number of soldiers fighting the battle but also turns them from regular soldiers into SAS officers.”

“Our next step is to try to understand in more detail why giving immunotherapy before surgery led to better survival rates in mice and whether this could also apply to other cancers.”

The study was primarily funded by the National Health and Medical Research Council.