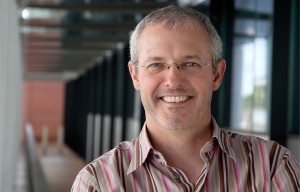 An existing drug, currently used to treat patients suffering from osteoporosis and some late-stage bone cancers, has now shown potential to treat other cancers outside of the skeletal system, such as breast cancer.

Several clinical trials, where women with early-stage breast cancer were given this drug, called ‘bisphosphonates’, alongside normal treatment for the disease, have resulted in a ‘survival advantage’ and, in some cases, stopped the cancer from spreading.

They found the bisphosphonates attach to tiny calcifications within the tumours.

These calcium-drug combinations are then devoured by ‘macrophages’, immune cells that the cancer hijacks early in its development to conceal its existence.

“We do not yet fully understand how the macrophages revert from being ‘bad cops’ to being ‘good cops’, although it is clear that this immune cell interacts with tumours, and probably changes its function in the presence of bisphosphonates,” said Professor Rogers.

“Our next step will be to analyse the changes that take place in macrophages, so that we can understand their change in function, and effect on cancer cells.”

Professor Rogers explains cancer scientists already know that the drug is well-tolerated in people, providing a “survival advantage” for some patients with certain cancers when taken early in disease development.

“This now provides a rationale for using these drugs in a different, and potentially more effective, way in the clinic,” said Professor Rogers.[/vc_column_text][/vc_column][/vc_row]