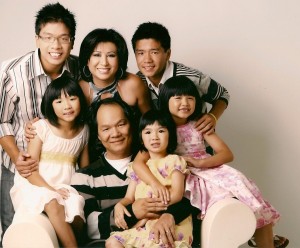 The Australian Cancer Research Foundation (ACRF) wants to fund even more groundbreaking cancer research and is aiming to raise $750,000 in its 2010 Christmas Appeal, says the Foundation’s Chief Executive David Brettell.

Mr Brettell urged cancer research supporters to help speed progress even further by getting behind the appeal, and funding the work of the brilliant scientists who seek grants from ACRF each year to overcome cancer

“By supporting this appeal, you are playing a vital part in our mission to enable researchers and their teams to achieve their dream of finding treatments and a cure for the one in three of us who will be touched by cancer. You are helping us to fund even more technology and facilities,” said Mr Brettell.

Mr Brettell said that for every major research initiative funded by ACRF, there are at least another 3 or 4 worthy of receiving an ACRF grant who miss out. And each of these has the breakthrough potential to cure cancer.

“Eventually it’s our aim to be able to fund every research project which meets our own high standards of being world class.

“Currently, we can’t. This year we received 13 applications from Australia’s top scientists totalling $38million and we were able to fund $8.5million of those.

The Christmas Appeal, which kicks off this week, tells the incredibly moving story of Fred Pham, a 47-year-old father of five who recently passed away after a two-year battle with an aggressive form of cancer.

Before his passing, Fred challenged himself to finish the 2010 City2Surf despite overwhelming odds. He went on to become the race’s highest individual fundraiser and pledged all of the money he raised ($42,000) to the ACRF.

“Fred believed, as do I, in the power of research to achieve a world without cancer,” said Mr Brettell. “In his words, ‘I hope that one day research will find the cause of cancer and a cure, so there will be no more suffering for families, no more loss. That’s the legacy I hope to leave to my children, and the world.’

“Here at the ACRF, our vision is one of a world where brilliant research scientists can achieve things tomorrow that they can only dream of today, to eradicate cancer and its effects on people like Fred and their families.” 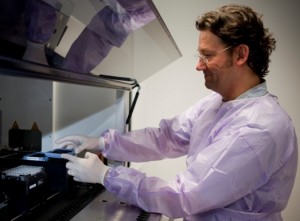 Mr Brettell said that with the assistance of ACRF supporters, cancer research that once took 12 months is now able to be done in a week, which is exactly what’s happening at the ACRF Drug Discovery Centre at the Children’s Cancer Institute Australia.

Thanks to a $3.1million grant from the ACRF, this centre is revolutionising the process of discovering new, more effective, and less toxic chemotherapy drugs. It houses customised technology that enables one year’s medical research to be done in just a few days.

Dr Greg Arndt, who heads the Drug Discovery Centre, said that without the funding, the project would never have got off the ground.

“We are one of only two facilities in Australia that have this level of technology, and we are the only one that is focused exclusively on cancer,” said Mr Arndt.

“We rely on our scientists to find the cures. They rely on us to keep their work going. Please support our 2010 Christmas Appeal,” said Mr Brettell.

Every dollar of every donation received by the ACRF goes to cancer research.