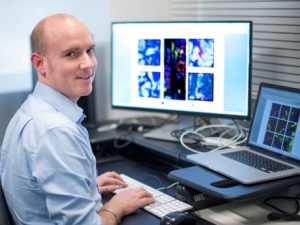 Cancer researchers in Australia and the United Kingdom have answered the longstanding question of how leukaemia survives chemotherapy. These findings will help develop more effective therapies for leukaemia in the future.

Leukaemia is a cancer of the blood with significantly high mortality rates. In Australia, 50% of adult leukaemia patients relapse after their initial chemotherapy treatment. Leukaemia is often resistant to subsequent treatments, allowing the cancer to spread and become fatal.

Lead researchers, Dr Edwin Hawkins at Walter and Eliza Hall Institute in Melbourne and Dr Cristina Lo Celso at London’s Imperial College, found that while chemotherapy was able to eliminate the majority of cancerous cells, the remaining treatment-resistant cells were doing the exact opposite of ‘hiding’ in order to survive.

“We realised that instead of playing ‘hide-and-seek’ with the chemotherapy, as was initially thought, the treatment-resistant ALL cells were engaging in a ‘catch-me-if–you-can’ game of ‘tag’. Right before our eyes, these cells were sprinting off in all directions: dividing, jumping in and out of blood vessels and using such ‘highways’ in the body to migrate and recolonise,” said Dr Hawkins.

To capture this remarkable action, the researchers developed a revolutionary high-resolution technique using ‘optical windows’ which, for the first time ever, enabled the cellular equivalent of ‘CCTV-like’ observation.

Dr Hawkins said previous techniques only involved analysis of static ‘snap-shots’, rather than any kind of video-based medium.

“Our new technique allows us to watch action unfolding for days, with the ability to zoom in and out on the same patch of tissue: from 3.5 x 2.5 mm, right down to a single micron – it’s incredible,” he said.

Dr Lo Celso said this dynamic new perspective would mean a shift in focus for researchers working to advance treatments for ALL.

“We now know that it is ineffective to design treatments to target the surrounding stromal cells or ‘hiding places’, because the cancer cells are not hiding,” Dr Lo Celso said.

“To beat leukaemia, we must instead develop a treatment that targets the ability of the cells themselves to ‘run’ around the body. Researchers must find a way to stop these cells in their tracks and win the game of tag,” she said.

Study co-author Dr Delfim Duarte, from Imperial College, added there was much to learn by being able to observe cancer in this new way.

“We also discovered that pain experienced by many leukaemia patients is caused by cells stripping and destroying tissue lining the bone, rather than from pressure caused by cells over-crowding in the bone – as was initially thought. We have much to gain from this dynamic information source,” Dr Duarte concluded.

The study was recently published in the journal Nature.

The original post and video were published on the WEHI website. The image of Dr Hawkins was provided courtesy of WEHI.