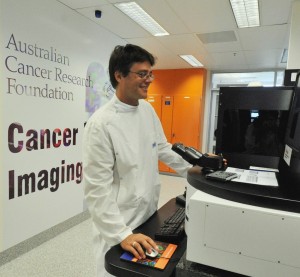 Proving once again its vital role in providing much needed funding for cancer research comes news of an increase in applications for the ACRF’s annual round of grants.

This year 13 of Australia’s leading medical research facilities have sought support from the ACRF for planned future operations, requesting millions of dollars each for new laboratories and equipment to further progress their cancer research.

This year’s intake included five applications from Queensland, four from Victoria, three from News South Wales, and one from Western Australia, totalling $38 million.

The submissions will be reviewed by the ACRF’s prestigious Medical Research Advisory Committee (MRAC) over the coming weeks, whose members are scientists of the highest national and, in some cases, global repute. Membership of the Foundation’s MRAC is authorised by the Commonwealth Department of Health.

These leaders in Australian cancer research consider all applications received for grant’s funding and make recommendations to the Foundation’s Board of Trustees.

The Committee will assess all applications and ultimately conduct visits to the sites of selected short-listed candidates, who will be decided on Wednesday May 26.