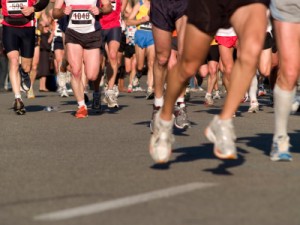 Brisbane’s big fun run event took place in September with over 40,000 people competing as part of Bridge to Brisbane.

Our 48 ACRF supporters took on the challenge to great results and having a fantastic time as part of the day.

Their generosity to cancer research was in many cases in honour of friends and family who were currently being treated for  cancer and most importantly, to shed some light during a difficult time.

One such fundraiser was Elisabetta who also took out the highest individual fundraiser title before the race, earning ACRF an extra $5,000 from sponsors, Suncorp. Also a big thanks to Ben & the boys from Villanova College raising over $1,000 from their community.

Altogether our wonderful team in Brisbane raised more than $15,000 – thank you all for your support!