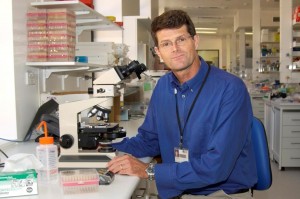 The Australian Cancer Research Foundation (ACRF) congratulates Professor Chris Goodnow on his award, announced on 4 November 2010, of the Ramaciotti Medal for Excellence in Biomedical Research.

Professor Goodnow receives this award for his recent work on understanding the immune system and the way in which it wards off bacteria and viruses without attacking the body’s own tissues and organs. This discovery will allow more effective drug treatment to be created for many conditions, including cancer.

Chris and his team at the John Curtin School of Medical Research in Canberra have now received two grants from the ACRF.

The most recent, a $1.13 million researh grant in late 2004 to develop the ACRF Biomolecular Resource Facility for investigating the molecular aspects of cancer biology and provide researchers with access to new technologies. 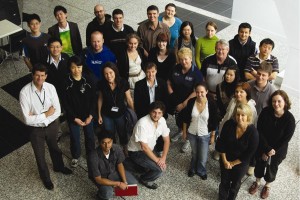 The team also received a $1 million grant from ACRF in 1997 to establish the Medical Genome Centre as a basis for their work in to exploring the genome for critical genes and mechanisms regulating cancer and the immune response to cancer cells.

Professor Goodnow has said this award is a great honour, and the ACRF congratulates him on this achievement.

Read more about the John Curtin School of Medical Research.